Gerrard, in his reaction, expressed his disappointment in the players who have now been dropped from the team and they are expected to face consequences which include paying fines.

The news also made Boyd – who scored over a century of goals for Rangers – furious and he stated that the identified players have not shown to be good examples to the younger ones.

He also added that the incident has capped Zungu’s unimpressive displays at the club after the Amiens loanee was handed his maiden Premiership start a fortnight ago.

“Yes you can say that four of the five are young boys but it’s no excuse, especially in this day and age. They are role models to the younger boys in the academy.

“The people in the academy will be saying to the youngsters: ‘Look at what Nathan Patterson and look at what Dapo and Brian Kinnear have done to get to the level they’ve got to, in terms of being involved with the first team’. So they are role models to the younger ones in the academy and they’ve let themselves down.

“It was only a few months ago that it happened to a couple of their team-mates and they don’t realise. I go back to the age thing. You can’t use age as an excuse. Everybody knows what’s going on in the world right now so they’ve made the mistake and they know that.

“Steven Gerrard has come out and said that he feels totally let down by them, and rightly so. When you consider that Bassey and Patterson have been in and around the first team for a number of months now, were on the verge of potentially being part of a title party, they’re four games away from winning the league – that’s not going to happen.

“Whether that is Steven Gerrard or Rangers speaking to the clubs they go on loan to, to see if they have bucked up their ideas as such. Zungu – I’d be very surprised if you see him in a Rangers jersey again.”

“He’s been a major disappointment since he’s come to the football club and this just tops it all off.”

'Unless there is action on racism, don't speak to me' - Zaha to stop taking the knee before Premier League matches

Fri Feb 19 , 2021
The Crystal Palace star says he feels the practice is “degrading”, after Championship club Brentford announced they would stop kneeling before matches Wilfried Zaha says he will no longer take the knee before matches as he feels the practice is “degrading” and isn’t leading to real action on racism. Premier […] 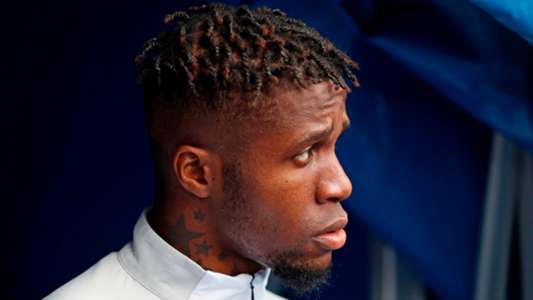