Tusker FC have dislodged KCB from the summit of the Football Kenya Federation Premier League table after a 2-1 win at Kericho Green Stadium on Saturday.

Alex Onchwari scored for the home team with Luke Namanda and Henry Meja replying for the visitors.

The Brewers came into the match full of confidence after managing to end Kariobangi Sharks’ unbeaten run last weekend.

They were playing against the hosts who had drawn two and lost one of their last three games.

The 11-time league champions needed a win to dislodge KCB from the summit of the table for the first time this season.

However, it was the win-hungry hosts who started the game well, hoping to get the better of their opponents from Nairobi.

They dominated the early proceedings, pushing forward with every chance they got.

Tayo Odongo and Collins Neto had chances to score for the Herman Iswekha-led team but they failed to trouble Michael Wanjala in the Tusker goal.

On the other hand, Namanda, Brian Marita and the in-form Meja had opportunities to give their team a lead but did not capitalise on them.

Eventually, they paid the price in the 32nd minute courtesy of Onchwari, who was at the end of a well-taken set-piece.

It happened to be the only goal in the first half despite numerous chances created by either side.

The Brewers came back stronger in the second half as they desperately searched for an equalizer. They pressed well and often played the ball into the danger zone.

Their tactic worked as the Ruaraka-based side equalized just three minutes after the break, through Namanda.

The Brewers continued pushing for the winning goal and it came in the 85th minute. Boniface Muchiri was fouled in the danger zone and Meja stepped up to score the winning goal from the resulting penalty.

Iheanacho urges Leicester City to take their chances against Brentford

Sat Jan 23 , 2021
The Nigeria international has advised the Foxes ahead of their encounter with Thomas Frank’s men Kelechi Iheanacho has urged Leicester City to seize every opportunity to get an early goal when they take on Brentford in the fourth round of the FA Cup tie on Sunday. The centre-forward will be […] 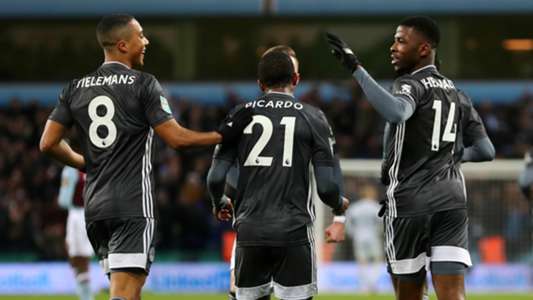