Hakim Ziyech has promised to be back to his very best soon after revealing a difficult start to his Chelsea career.

The 27-year-old agreed to join the Premier League side in February 2020 for a fee of €44 million on a five-year deal from Ajax and linked up with the Blues in the summer ahead of their 2020-21 campaign.

The Morocco international start to life at Stamford Bridge did not go as expected after he suffered a knee injury against Brighton and Hove Albion in pre-season.

The injury delayed the winger’s debut for the Stamford Bridge outfit and had to wait until October to play his first game for the club against Southampton.

In December, the forward suffered thigh problems which ruled him out from a number of games before returning to action in January 2021.

Ziyech scored more than 40 goals for Ajax during his four-year stay with the Dutch club and believes he is yet to reach the peak of his performance for the Blues.

“It was a difficult first halfyear. Of course, I immediately started with an injury, came back, then had another injury. So things are not going the way I had hoped,” Ziyech told Ziggo Sport, as per Voetbalzone.

“But, as most know, I always believe in myself. I know what I can do, so I don’t worry too much about that. The real Ziyech will be back.

“The Premier League is faster than at Ajax. Luckily I picked that up pretty quickly until I got injured in the first exhibition game, which then throws you back all the way. And not even after that. That was a bummer. ”

Ziyech’s inability to make many impacts for the Blues culminated in the club’s unimpressive performances which led to Frank Lampard’s sack as the manager of the side.

The forward is looking to securing more playing time under new Chelsea boss Thomas Tuchel, irrespective of the role he is given.

“You know that can happen if the results are not good. It is also not the first time that it happens to me that the trainer is fired, so I know how to deal with that,” he continued.

‘We will have to wait and see what kind of system he wants to play in. We have already played twice with three defenders and I was second ten.

“But as you know: whether I play on the right or in the centre, that doesn’t really matter to me. As long as I play. That is the most important.”

Former Liverpool forward Dirk Kuyt believes it will take some months before Ziyech can fully settle in the Premier League.

“I think he is not completely satisfied. Every player hopes, as he says himself, to play a lot. People sometimes underestimate how big the step from the Eredivisie to the Premier League is,” Kuyt told Ziggo Sport.

“I experienced that as a player myself. I can still remember playing there for four, five months and just lost six kilos. After that, fifteen kilos of muscle mass were added. That still does something to you.

“By definition, a player who goes from a familiar environment to a completely new environment and also in the corona time just need at least six months. He has had some problems with injuries, fitness. He came in not quite fit. He just needs time.”

‘As a striker, you want to score’ – Werner admits personal disappointment despite strong performance in Chelsea win 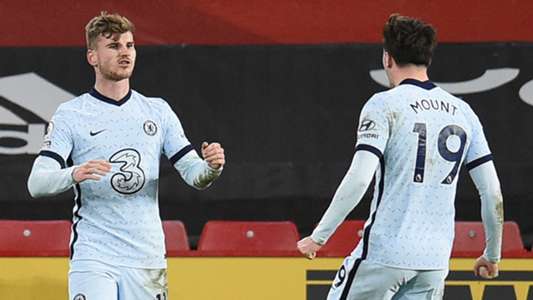