The Malawian international has played in 12 of the Buccaneers’ 16 league matches this season, but has only started on four occasions

Orlando Pirates coach Josef Zinnbauer has been sweating over the fitness of Gabadinho Mhango ahead of his side’s clash with Cape Town City on Tuesday evening at the Orlando Stadium.

Mhango scored the winner for Pirates on Saturday in their edgy 1-0 win over Uthongathi FC in a Nedbank Cup last 32 encounter.

However, just eight minutes after netting in the 63rd minute, Mhango was replaced by Kabelo Dlamini.

“I don’t know what’s wrong. Even the last time, he scored and had a problem with his muscles. I hope it’s not something serious, we have to see,” Zinnbauer was quoted saying by the Citizen.

“I hope he is available for the next game,” Zinnbauer added. “Not only him, Paseka Mako and other players as well. We have to give Zakhele Lepasa and Tshegofatso Mabasa more time. But there are other players like Thabiso Monyane, who is an option in the offence.”

Mhango, last season’s top scorer in the Premier Soccer League with 16 goals, only started his season in December due to injury. Since returning, he’s struggled to find any rhythm and has often started on the bench or come off before the full 90 minutes.

The Malawian has not seemed to be 100 percent fit, but with the injuries to Lepasa and Mabasa, Zinnbauer has had little option but to turn to the former Bidvest Wits marksman.

Mhango’s issues have only served to emphasize something Pirates have been missing this season, a cutting edge in front of goal.

All the while, though, newly-signed striker Jean Marc Makusu Mundele has barely featured and when he has, the DR Congo forward has struggled to make an impression.

Pirates will now come up against a City side for whom striker Tashreeq Morris scored a hat-trick in a 4-0 victory over Bloemfontein Celtic in the Nedbank Cup last weekend.

The Citizens are unbeaten in their last three league matches and have made their way up the table to sixth position – two points and one place behind Pirates.

Tue Feb 9 , 2021
Tottenham Hotspur’s new stadium in North London has come at a cost—both figuratively and literally—but is it a price worth paying for the Premier League giants? Finally opened for business last term, and at an overall project cost of £1 billion, the new stadium was hotly anticipated before it was […] 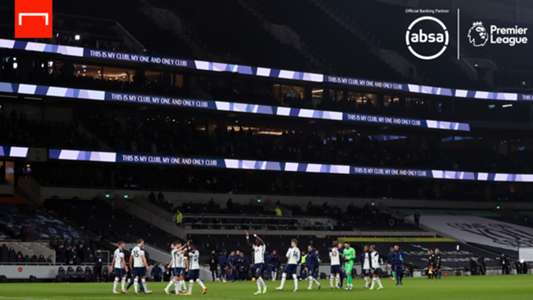