Orlando Pirates coach Josef Zinnbauer is not worrying himself over the suspension of defender Innocent Maela for Saturday’s Soweto Derby against Kaizer Chiefs, saying they have enough cover for the defender.

Maela picked up his fourth yellow card and is suspended for the match at Orlando Stadium in which Pirates are keen for maximum points after failing to win three of their last five games.

The absence of the Bafana Bafana left-back is a blow for the Buccaneers who already have a number of players out injured, but Zinnbauer is trying to play down their predicament.

“We have to see what’s happened with the players on the field. But we have solutions, we have other players also ready for the next game. We have solutions in this position [left-back],” Zinnbauer told the media.”

With another left-back Paseka Mako also injured, Bongani Sam is like to play in that position after he played as a left wing-back in Tuesday’s 1-1 draw against TS Galaxy, a match Maela was deployed as a centre-back.

Apart from Maela as the latest to be declared out, Pirates have less options in selecting their front-runners.

The Buccaneers go into the derby without forwards Frank Mhango, Zakhele Lepasa, Tshegofatso Mabasa and Terrence Dzvukamanja who are all injured.

For a side which has managed to score just two goals in their last four matches, the situation upfront could be worrisome.

This could force Zinnbauer to start inexperienced Azola Tshobeni, while other options are to push wingers Thembinkosi Lorch and Vincent Pule upfront to spearhead their attack.

Congolese forward Jean-Marc Makusu could be another choice but Zinnbauer has insisted that he is yet to settle into the team and is using him as a second-half substitute.

“It’s difficult we have no striker it’s not Gaba [Mhango] alone, Lepasa, Mabasa and Dzukamanja also. We have four strikers out, but we cannot change it, it is what it is,” Zinnbauer said.

“We have to work with the players on the field. We have enough opportunities to score. We had Fortune Makaringe in the first half [against TS Galaxy] completely alone, but the header was not good enough. Maybe he should have chest trapped the ball and scored. Bongani Sam scored for us as a full-back and I’m happy about that, he had a top game.

“Azola Tshobeni came in as well but he was not fresh enough for this game. He is also a player that can score, but he is not a striker. Like I said, it is what it is. We cannot say we don’t have enough players that can score. We had the opportunities, but at the moment we need the power and the body language to score.

“We have to work more than before on this, but we don’t have enough training sessions. We couldn’t work with shooting or crossing in the last two weeks.”

Despite missing some key players, Pirates would be keen to recreate the form that saw them crush Chiefs 5-0 on aggregate in the MTN8 semi-finals.

Wed Jan 27 , 2021
The Catalan politician says he will take legal action against the Argentine’s potential suitors if he is re-elected at Camp Nou Paris Saint-Germain have been “disrespectful” in their pursuit of Lionel Messi, according to Barcelona presidential candidate Joan Laporta, who has threatened to report the Ligue 1 champions to FIFA. […] 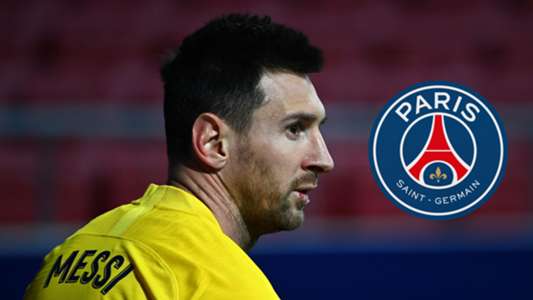