Vinicius stepped up at a time he wasn’t supposed to be on the pitch, involving himself in his side’s opener

Real Madrid manager Zinedine Zidane’s injury frustrations intensified on Tuesday, but he was pleased his squad responded well to the ongoing crisis with a 2-0 win against Getafe.

Zidane said after the match that he had planned to sub off Vinicius Junior in the 55th minute and needed to quickly adapt his plans once Marvin Park was hurt. Five minutes later, Vinicius was involved in Karim Benzema’s opener.

“Yes, we planned to take Vinicius off,” Zidane told reporters. “But then Marvin Park hurt himself and we changed our plans.

“Today we did this because we had to adapt to the situation with lots of absences. We interpreted the match very well and I’m happy for the players, because that’s not easy. We were really good, especially defensively.

“I don’t think there are Madridistas who think we can’t win the league. It’s the opposite, they always think we can change things, that’s what we’ll try to do.

“With difficulties of course, but we’ll keep going, believing in what we do. There’s a lot ahead of us.”

Added Benzema: “This win gives us a lot of confidence, I think we are on our way back to our best.”

Real Madrid are in an almost impossible position with the likes of Eden Hazard, Rodrygo, Sergio Ramos, Fede Valverde, Dani Carvajal and Lucas Vazquez sidelined. But the flexible showing from their remaining healthy bodies against Getafe buys time for injured players to return before La Liga floats completely out of reach.

Wed Feb 10 , 2021
The club can quiet critics by claiming the Carabao Cup in April, but they will have to defeat high-flying Man City to do so Jose Mourinho knows Tottenham need just one more Carabao Cup win to ease some of the talk around a potential Harry Kane exit. Kane has notched double-digit […] 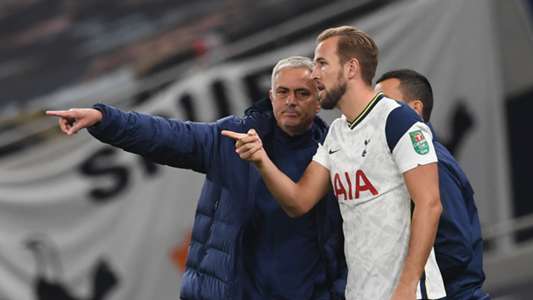