Zinedine Zidane wrote yet another page in the Real Madrid history books on Sunday when he became just the third Los Blancos manager to take charge of 200 or more matches in all competitions.

The Frenchman reached the milestone as Real played their first La Liga match back after the coronavirus shutdown against Eibar on Sunday evening, with the match taking place behind closed doors at the Alfredo Di Stefano Stadium, located at Madrid’s Valdebebas training base.

In doing so he joined an exclusive club, with only the legendary Miguel Munoz and Vicente del Bosque reaching a double century of matches in charge of the Spanish giants.

But while Zidane may have hopes of overhauling Del Bosque in the rankings, he has some way to go to match the achievements of Munoz, who managed 605 Real matches between 1959 and 1974, helping the club win nine La Liga titles and two European Cups.

Zidane’s time as Real boss is, of course, split over two spells, with Sunday’s clash his 51st match in charge since dramatically returning to the club in March 2019.

His previous tenure was a glittering era for the club even by their already illustrious standards. Zidane led them to an unprecedented three successive Champions League titles, a pair of Super Cup and Club World Cup titles, a Spanish Super Cup and La Liga title in just two-and-a-half years in charge.

He has just a sole Spanish Super Cup to his name since his return to the Real Madrid bench, but retains hope of overhauling rivals Barcelona and claiming the 2019-20 La Liga title.

Barca opened up a four-point lead at the top of the table with a thumping 4-0 win at Real Mallorca on their return to action on Saturday night, though second-placed Real can narrow that gap back to just a point with victory over Eibar.

Both sides will then have 10 fixtures remaining, as La Liga officials hope to complete the 11 remaining matchdays in a little over five weeks.

Sun Jun 14 , 2020
Real Madrid Seats moved from usual stadium EFE Real Madrid may have changed home stadium for the remainder of this season, but some things are still the same. While the Estadio Santiago Bernabeu is undergoing redevelopment, Los Blancos are playing at the Estadio Alfredo Di Stefano at their Valdebebas training base. […] 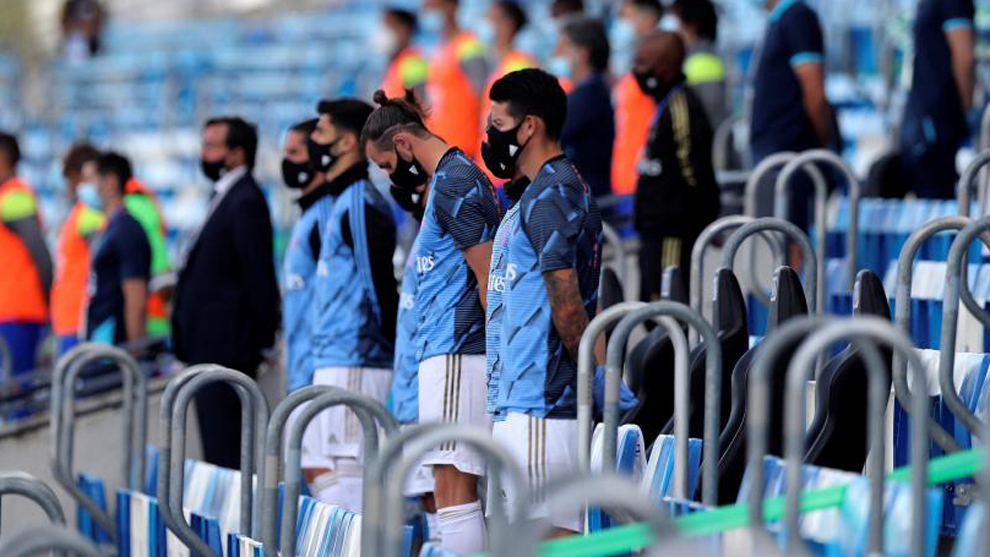