Reading manager Veljko Paunovic believes the outcome of Saturday’s Championship meeting with Middlebrough could have been different had Andy Yiadom not missed an opportunity to halve a two-goal deficit after half-time.

It was certainly a disappointing day at the office for Reading who were stunned 2-0 at home in the matchday 31 clash.

After Ashley Fletcher and Marc Bola gave the visitors a two-goal cushion by the 29th minute, Yiadom had a chance to put his side back into the game after exchanging a one-two with substitute Thomas Esteves but the Ghanaian’s right-footed effort went wide of the post

“We didn’t have a good performance, especially in the first half. We have to acknowledge that this was one of our worst games of the season,” Paunovic has said, as reported by his club’s official website.

“Some fatigue and a little bit of relaxation after a great result in Bristol are to blame. We didn’t turn our engines on from the beginning – and that wasn’t a fatigue problem, that was the mentality. The mentality wasn’t right.

“We didn’t impose our high tempo, we didn’t start on the front foot – and that helped them find their momentum.

“At half-time, we went back to our basics, back to our structure. And in the second half the guys gave a good reaction, kept running and gave huge effort – and even though we didn’t create great opportunities, we just needed one of them to end in the goal we were looking for and it would have got them off our necks and sent a clear message to them that we were looking to come back.

“So if Yiadom’s effort had gone in, I’m sure it would have given us the impetus to look for another and it would have been a different game.”

Fifth on the table, Reading still hold a place in the promotion play-off zone despite missing out on three points against the Boro.

Yiadom is beginning to get back into his best after recently returning from a long injury spell.

Saturday’s match was just his eighth Championship game of the season.

The 29-year-old and his club will hope to make amends for the defeat with three points when they face Wycombe Wanderers on Tuesday.

Sun Feb 21 , 2021
After a comfortable first-leg win, the Buccaneers will be looking to finish the job at home Orlando Pirates’ bid to reach the Caf Confederation Cup group phase faces what on paper looks like an easy task against Jwaneng Galaxy at Orlando Stadium on Sunday. The Soweto giants go into this […] 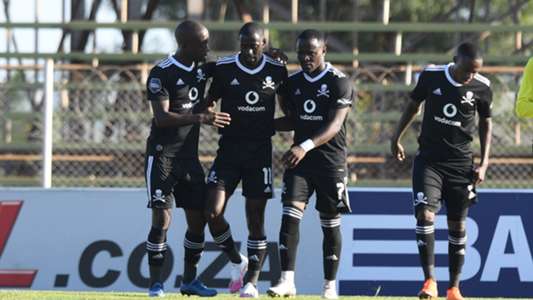