Yanga SC have embarked on their trip to face Mbeya City in their Mainland Premier League fixture without three players.

The Jangwani giants will come up against Mbeya City on Saturday as they resume their league action and also try to wrestle the title from rivals Simba SC.

According to the club’s media officer Hassan Bumbuli the three players have been left in Dar es Salaam as a precautionary measure.

“The three are going through some special programme as they recover from their various injuries and hence they will not be able to travel with the team for the Mbeya match,” Bumbuli told Goal on Wednesday.

Ahead of their trip to face Mbeya, coach Cedric Kaze, who is yet to lose a league match since joining the side as a replacement for Zlatko Krmpotic, has admitted they will face a tough fixture.

“We all know on Saturday we are battling against a very tough team and we all know the game will be difficult, but we have done enough to handle them,” Kaze told reporters in Dar es Salaam.

“Our target is to win the match because all we want this season is to win the title, so we don’t have any other options apart from winning our matches, and the one against Mbeya is one of them, which we must win to keep our good run going.

“We know how they [Mbeya] have been difficult to beat in their backyard, they are a team which plays with force and always defending as a team so not an easy one for us, but we will do our best, all we want is our fans to support us.”

Angolan player Carlos Carlinhos has been named in the squad for the match with Kaze explaining he will give him a different role.

“I know Carlinhos prefers playing from the centre but I am trying to have him play from the wings, I think that is where he can perform well,” Kaze continued.

Yanga are currently topping the 18-team table with 44 points from 18 matches and with Simba dropping points after their 2-2 draw against Azam FC on Sunday, then they will strive to win the away fixture and stretch their lead.

Wed Feb 10 , 2021
It has now been eight years since the midfielder announced himself in unforgettable fashion If you believe in that sort of thing, you might be tempted to think of Sunday Mba as some sort of enigma, without beginning or end, like the Biblical Melchizedek. Not with regard to literal origin, […] 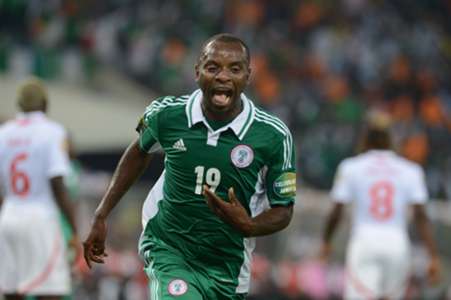