Yanga SC have clarified why they picked Nizar Khalfan as the team’s assistant coach to replace Juma Mwambusi.

Goal exclusively reported on Tuesday the Jangwani giants had settled for the former player to take up the role which fell vacant seven days ago after Mwambusi left the position, citing health issues.

Mwambusi tendered his resignation in Zanzibar where the team took part in Mapinduzi Cup tournament and beat rivals Simba SC 4-3 on penalties, and the club moved with speed to appoint Khalfan after vetting over ten coaches, who had applied for the job.

Yanga media officer Hassan Bumbuli has now explained age, experience, and the exposure of their former midfielder earned him the chance to serve the team again.

“After a thorough assessment of our former players who took up coaching lessons at some point of their career, an exercise which consumed at least two days, the judges recommended Khalfan to fill the assistant coach void,” Bumbuli said as quoted by Daily News.

“Coaching slot is very tactical and requires a person who is serious with his works. All those who were shortlisted for the post conducted interviews but in the end, a group of judges were impressed with Khalfan to fill the vacuum.”

Bumbuli further said the appointment of Khalfan was also approved by the team’s head coach Cedric Kaze, who had requested to work with somebody who knows the DNA of the club and who is ready to share ideas with him for the success of the team.

On confirming the appointment of the former African Lyon’s coach, Bumbuli told Goal: “We have picked on Nizar [Khalfan] as he was the best among the coaches who applied for the job. In fact, over ten coaches had applied for the job and only five reached the final stage with Khalfan emerging the best.”

Among the coaches who reached the final stage before the team settled on Khalfan include Salvatory Edward, Maalim Saleh, and Omary Kapilima.

Meanwhile, Mwambusi has hit out at those castigating his move to leave Yanga, saying they were giving misguiding information to the club’s family.

“There have been many stories which are misguiding Yanga family and those people who are involved in making such comments are destroying my reputation as a skilled and experienced football coach,” Mwambusi told the same publication.

“I have always enjoyed a good working atmosphere at Yanga and this was the second time for me to work at the club as such, both of us value each other well hence those who need to divide us have no room to excel.”

Yanga are topping the 18-team league table with 44 points from 18 matches.

Arteta: Why Pepe played from the left against Southampton

Wed Jan 27 , 2021
The Gunners’ boss has revealed why he utilised the Cote d’Ivoire international differently in Tuesday’s defeat of the Saints Arsenal boss Mikel Arteta has disclosed why he decided to play Nicolas Pepe as a left-winger against Southampton. The left-footed 25-year-old, who was signed from Lille for a club-record £72 million, […] 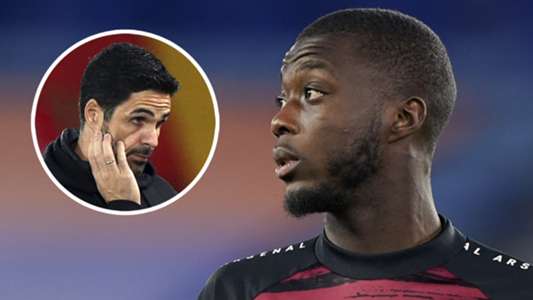