Yanga SC ended their run of three straight draws after they snatched a 1-0 win against Mtibwa Sugar in a Mainland Premier League match played on Saturday.

The Jangwani giants were yet to win a league fixture since the second round of the 2020-21 campaign resumed and had seen their last three matches end in draws – 1-1 against Tanzania Prisons, 1-1 against Mbeya City, and 3-3 against Kagera Sugar.

Heading into Saturday’s match at Benjamin Mkapa Stadium, Burundian coach Cedric Kaze had urged his players to arrest the run of draws, and it needed second-half substitute Carlos Carlinhos to score the all-important goal in the 73rd minute and win maximum points for the giants.

The Angolan star, who has struggled to nail a starting role in the team after he picked a troubling knee injury that saw him miss a number of the team’s first-round matches including the derby against Simba SC, came in for Michael Sarpong and was rewarded after he fastened onto a through ball from Deus Kaseke to plant the ball into an empty net.

Kaze had made changes to his starting eleven bringing in Kenyan keeper Farouk Shikhalo for Metacha Mnata, who many felt was at fault as the team snatched a 3-3 draw against Kagera in their last outing.

It was Yanga who swung into action after the first whistle as they sought for the win and Kaseke was their key man as he troubled the Sugar Miller’s defence with his runs from the right-wing.

In the 45th minute, Kaseke swung in a cross from the left side which Sarpong reacted quickly on before his left-footed effort went inches wide, it was a miss which left Yanga fans in the stands asking for more.

Yanga continued to press for the opener and Kaseke saw his weak effort punched for a fruitless corner while Mtibwa also orchestrated their own attack in the 34th minute which saw keeper Shikhalo pull off a fantastic save to deny their striker.

The team’s headed into the half-time break tied at 0-0 and the frustrated Kaze opted to bring in Carlinhos, and it was a change that paid dividends as he scored to ensure Yanga remained unbeaten in the top-flight.

The win has seen Yanga stretch their lead at the top of the 18-team table with 49 points from 21 matches while Simba, who are not in action, have a Caf Champions League match against Egyptian giants Al Ahly on Tuesday. They are second with 42 points from 18 matches.

'We could've been above FC Goa' - After Mumbai City dismantling, Owen Coyle feels Jamshedpur FC should've been in the top four

Sat Feb 20 , 2021
The Jamshedpur boss spoke about how the team has progressed compared to the last season… Jamshedpur FC got back to winning ways in style and kept their extremely slim Indian Super League (ISL) play-offs hopes alive by beating Mumbai City FC on Saturday. The Men of Steel also did league leaders ATK Mohun […] 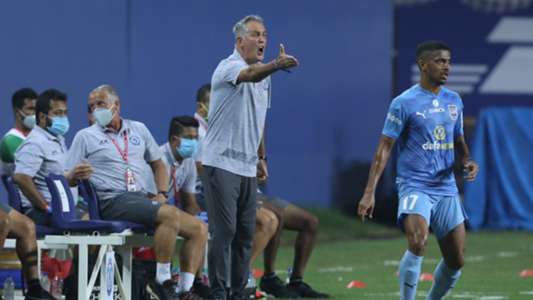