Azam FC have suffered a blow after their forward Yahya Zayd was ruled out of action for six weeks.

The 24-year-old was among the players signed by the ‘Ice-cream Makers’ during the mini-transfer window and he arrived from Egyptian side Pharco FC on a six-month loan deal.

However, the player will now not be able to play for the next six weeks after he picked an injury during their Mainland Premier League match against Mbeya City played at Chamazi Stadium.

“Our forward Yahya Zayd is expected to stay out of action for the next six weeks,” Azam confirmed on their social media pages. “This is after he picked a shoulder injury during the match against Mbeya City.

“Zayd, who assisted the goal scored by Prince Dube during the match, was forced out of the match before the second half after he picked the injury while trying to score in the match.”

Apart from Zayd, during the mini-transfer window which shut at midnight on January 15, Azam brought on board striker Mpiana Mozinzi from the Democratic Republic of the Congo and Ugandan goalkeeper Mathis Kigonya from Zambia’s Forest Rangers.

Azam went on to win the fixture 2-1 with Dube notching one of the goals.

The forward has now been called up to Zimbabwe’s national team squad ahead of their Africa Cup of Nations qualifiers by head coach Zdravko Logarusic.

Zimbabwe are preparing for matches against Botswana on March 25 in Gaborone before they return home in Harare to play against Zambia on March 29.

Azam coach George Lwandamina has acknowledged the latest move by coach Logarusic to hand Dube a call up to the national team.

“He is a good player, and despite returning from injury, you can see he has picked up from where he left,” Lwandamina told reporters on Saturday.

“I am happy for me that finally, he has made it to the national team and I know he will not disappoint the selectors.”

Sat Feb 20 , 2021
The Portugal international has proven to be a catalyst for change at Old Trafford and his contribution has prompted similarities with a club legend Bruno Fernandes has shown shades of Eric Cantona during his first year at Manchester United, according to Steve Bruce, but the former Red Devils captain has […] 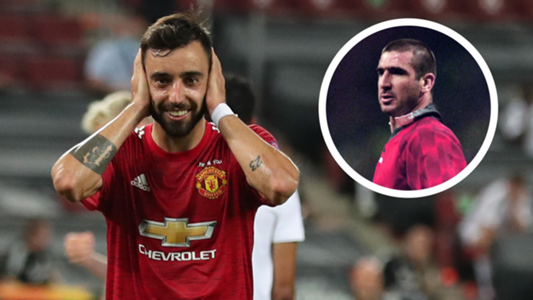