Mourinho makes 10 changes from Tottenham’s previous Premier League game, with only stand-in captain Davies keeping his place. Bale starts for the first time since December and Carlos Vinicius, who scored a hat-trick against Marine, gets another chance. Wycombe have not played since thrashing Preston North End in the previous round and make just two changes.

Let’s get the team news…

The draw is opening up in this season’s competition after both Arsenal and Liverpool were dumped out over the weekend, but the winners of this tie already know the identity of their next opponents. Everton await at Goodison Park.

Spurs’ bid to end their 13-year trophy drought takes them to Adams Park to take on Wycombe, the Championship’s basement side. Jose Mourinho’s men avoided an even grander upset in the previous round when they won at Marine.

Hello and welcome to our live text commentary of Tottenham’s trip to Wycombe Wanderers in the fourth round of the FA Cup!

Mon Jan 25 , 2021
The former national women’s coach sheds light on the Black Stars’ three straight qualification failures  Renowned Ghanaian coach Bashir Hayford has lamented the nation’s absence from the ongoing African Nation Championship in Cameroon. Ghana, two-time finalists, are missing from the sixth edition of the tournament after failing to go past […] 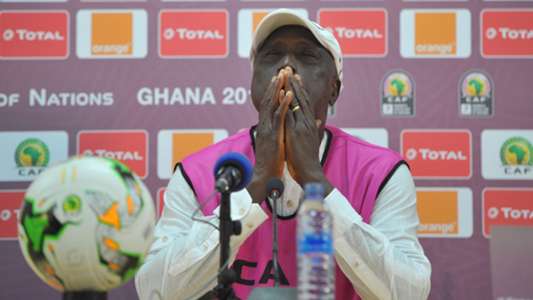