Liverpool have been warned off a late window move for Arsenal defender Shkodran Mustafi, with Gunners cult hero Perry Groves saying he would steer well clear of the German “because I’ve seen him play!”.

Jurgen Klopp remains in the market for another centre-half as the clock ticks down towards another deadline.

Various options have been explored by the Reds as they seek to manage their way through an unfortunate injury crisis.

Efforts to get another body on board have been stepped up after seeing Fabinho and Joel Matip join Virgil van Dijk and Joe Gomez on the treatment table.

Preston’s Ben Davies, who is due to become a free agent in the summer, has become a potential option for the Reds in a cut-price deal that could provide short-term cover.

Mustafi is another that Klopp is said to have had an eye on, with the World Cup winner running his deal down at Emirates Stadium amid a lack of game time in 2020-21.

He would take Premier League experience with him to Anfield if a shock move was made, but Groves believes there are more suitable additions for Liverpool to pursue.

The former Gunners midfielder has told talkSPORT: “I wouldn’t be taking Mustafi, because I’ve seen him play for Arsenal!

“He’s always got a mistake in him. He loses concentration.

“Even in the ginger brotherhood, I can’t back him!

“If you’re bringing someone in, they’ve got to be as good or better than what you’ve got – and I don’t think Mustafi is.”

Mustafi, who took in a brief spell on Merseyside with Everton at the start of his senior career, has made 151 appearances for Arsenal across four-and-a-half years in north London.

Only nine of those outings have been taken in this season, as Mikel Arteta favours other options, and he is expected to follow fellow countryman Mesut Ozil out of the Emirates before hitting free agency.

The 28-year-old’s agent has admitted as much, but a switch to Liverpool appears unlikely as Klopp casts his recruitment net a little wider and endeavours to secure the services of a more reliable performer.

Mon Feb 1 , 2021
The Bengaluru interim coach believes they are just one win from turning their dismal run in the ISL this season… Naushad Moosa feels that Bengaluru FC are just a win away from turning their season around and fighting for a play-off spot in the 2020-21 Indian Super League (ISL). The […] 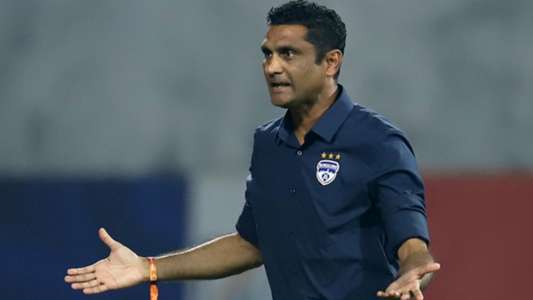