European champions Lyon will face Brondby for a place in the quarter-finals of this season’s Women’s Champions League as they search for a sixth successive title.

The draw for the last 16, made on Tuesday, pitted Women’s Super League leaders Chelsea against Atletico Madrid in the most eye-catching tie of the round, the Spanish giants unseeded in the draw.

Editors’ Picks
When will the games be played?

The last 16 of the UWCL is usually played before Christmas, but the impact of the Covid-19 pandemic means the turnaround between this stage of the competition and the quarter-finals will now be particularly short.

The quarter-final draw will be made on Friday, March 12, with those ties to be played in the final two weeks of March.

Who are the favourites?

Lyon have won the last five UWCL titles, beating Wolfsburg 3-1 in last year’s final to break their own records for successive triumphs and total wins, with that their seventh overall.

The German side won back-to-back titles in 2013 and 2014 and have since reached three finals without picking up winners’ medals. This season, however, they are struggling domestically, with injuries to key players in particular hindering them in their pursuit of a fifth successive Frauen-Bundesliga title.

Chelsea have built themselves a squad they believe capable of finally winning this competition, one that has helped them to the top of the WSL table and to the final of the Continental Cup. Manchester City, second in the league, have plenty of star power, too.

Barcelona and Paris Saint-Germain are also among Lyon’s greatest threats. PSG have already beaten the French giants this season, winning 1-0 in their league meeting in November. The pair will face off again in the reverse fixture just after the last 16 concludes, on Saturday, March 13.

Barcelona, meanwhile, are top of the Primera Division by seven points with three games in hand over Levante. The 2018-19 UWCL finalists also won the Copa de la Reina on Saturday, beating Logrono 3-0.

Tue Feb 16 , 2021
Ronald Koeman has named the Spanish defender in his squad for the first leg of his side’s last-16 clash with the French champions Barcelona have been boosted by Gerard Pique’s return from injury ahead of their Champions League tie against Paris Saint-Germain. Pique has been out of action with a […] 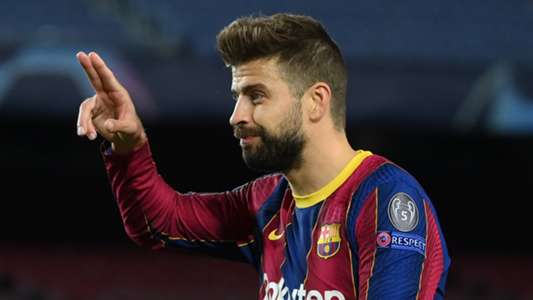