The 29-year-old has been in fine form this season, scoring 22 goals across 44 appearances in all competitions, while also chipping in a further 10 assists.

Jimenez’s strong form has seen rumours swirl of a potential summer move, though the coronavirus pandemic may make a transfer difficult for the Mexico international, who is currently contracted until 2023.

While quick to point out that reported interest from clubs to date is yet to be proven, Jimenez concedes the idea of Europe’s best clubs taking notice of him is motivating.

“It is something very cool, I do not know if they will be true, they are rumours,” Jimenez said in a YouTube interview with Jessica Coch.

“Since they are talking about me, different teams like Real Madrid, Barcelona, ​​Juventus, Manchester City, Manchester United, Liverpool – they are teams that are important in football history.

“It is an incredible thing to be on the radar and on the lips of those teams. It is something good for me to continue growing, making an effort and taking it as an incentive so that, if possible, I can achieve it.”

With so many teams being linked with the Mexican star, Jimenez was hesitant to reveal which club he’d liked to play for most in case it comes back to haunt him.

“My dream team? Whatever one that signs me would be incredible,” he said.

“Imagine that right now I tell you one and in the end I go to the rival, they will reproach me all the time, I will get into trouble!”

“There has always been speculation since I’ve got here about our team,” Neves told The Guardian.

“But we don’t think about it. We want to be together for as much time as we can but it’s football, the speculation will always be there. Our job is to play and leave this for the people who need to take care of it.”

Thu Jun 18 , 2020
UEFA’s decision to finish the competition with an eight-team tournament in Portugal has been backed by the French manager Zinedine ZIdane has no issues with adapting to the new, condensed Champions League format to take place in August, should Real Madrid progress past Manchester City. Madrid were defeated 2-1 by […] 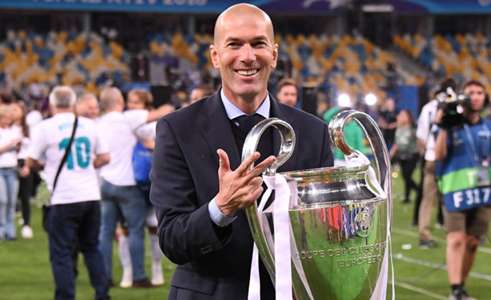