Wolves have completed the loan signing of Willian Jose from Real Sociedad, with an option to buy at the end of the season.

Jose will move to Molineux on an initial six-month deal subject to securing a work permit and international clearance, and will be handed the No.12 shirt when he arrives in the West Midlands to join up with his new team-mates.

Nuno Espirito Santo had been desperate to bring in a new striker after seeing Raul Jimenez sidelined with a fractured skull in November, which left him with only 18-year-old club-record signing Fabio Silva to call upon through the middle.

Jose will now compete with Silva for a regular spot in Wolves’ starting XI and could be in line to make his debut when they take in a trip to Stamford Bridge to face Chelsea in the Premier League on Wednesday.

Read the full story as Willian Jose joins on loan from @RealSociedadEN, subject to work permit and international clearance.#WelcomeWillian

The Brazilian was Sociedad’s top scorer as they finished sixth in La Liga last season with 11 goals to his name through 37 appearances.

He wasn’t quite as prolific for the Basque club in the first half of the 2020-21 campaign, netting just three times in 13 outings, but he will bring more to Wolves than just goals.

Jose is a target man capable of bringing others into play and occupying defenders with his physical presence, which is exactly the kind of player the Wanderers have been missing since losing Jimenez.

Santo’s side have only won one of their last eight Premier League games without the Mexican, slipping to 14th in the standings in the process.

Supporters will hope that Jose can help Wolves avoid being drawn into a relegation dogfight and re-emerge as potential contenders for a European place, while they will also now be dreaming of a run to the FA Cup final.

The Wanderers progressed to the fifth round by beating Chorley 1-0 on Friday night, and can now look forward to a heavyweight tie against Southampton or Arsenal in the next stage of the competition.

Sat Jan 23 , 2021
The left-back has explained how his mentality helped him bounce back from a nasty injury in half the time expected Everton defender Lucas Digne has revealed the opportunity to get back playing was all the motivation he needed to make a speedy recovery from a fractured ankle. The France international […] 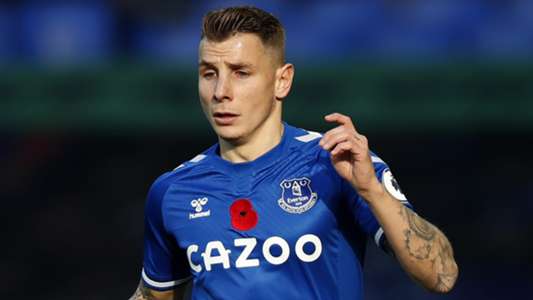