That is all from us folks, thanks for joining us. Goodbye!

Both teams will play one more league match at the weekend, before the second leg in North London next Wednesday.

While Spurs were far from perfect, they have pretty much booked their place in the next round of the Europa League. Wolfsberger will need a miracle to overturn the deficit in the second leg. It was great to see Bale show signs of his best form in the first half, and Spurs looked to have come through the game with no injuries, which is always a positive.

Spurs get the win in Budapest, but it was their first-half display that got the job done this evening. Son’s header got them on their way before further efforts from Bale and Lucas. Both the second and third goals were sensational, but once Son was replaced at half-time, Spurs seemed to lose their way. Sissoko’s clumsy challenge gifted Wolfsberger a penalty, which Liendl despatched with ease. After a few nervous moments, the game was finally over when Carlos Vinicius fired home in the 88th minute.

88′ Lamela gets the assist but Hojberg’s pass was also important in the build-up.

88′ GOAAALLL!!!!! WOLFSBERGER 1-4 TOTTENHAM! Carlos Vinicius seals the win for Spurs with just minutes remaining. Hojbjerg’s cross picked out Lamela, and the Argentinean tried to head home. However, Carlos Vinicius decided to volley his flick-on into the opposite corner, and Kofler had no chance in goal.

85′ Ndombele tries to seal the deal, but he blasts his shot over the bar!

83′ Frantic would describe this second half really well for Spurs. Sadly for Wolfsberger, it looks as if Spurs’ advantage at the break will get them over the line, but they will take confidence from this second-half display.

81′ Hojbjerg mistimes a challenge in midfield and is booked as a result.

81′ Another change for Wolfsberger as Novak comes off, with Pavelic on for the final 10 minutes.

78′ Alli also makes way, with Ndombele on in his place.

78′ Mourinho freshens up his midfield, with Sissoko replaced by Hojbjerg.

73′ Alli tries to find the bottom corner from just outside the Wolfsberger box. His accuracy was no issue, but his shot lacked the power needed to beat Kofler.

70′ Mourinho looks to be readying two more substitutions; he is clearly unhappy at this second-half display.

68′ SO CLOSE!!! Wolfsberger hit the crossbar, and Wernitznig cannot believe his luck. The midfielder let fly from inside the box, and Lloris was beaten. The ball bounced off the bar and onto the goal-line, but it did not cross, and Spurs get away with some poor defending. They really need to wake up in this second half.

65′ Just minutes after being booked, Sprangler is replaced by Giorbelidze in the Wolfsberger midfield.

65′ Feldhofer also turns to his bench and Joveljic’s night is over, with Dieng now on the pitch.

65′ Lucas is also coming off and Mourinho sends on Bergwijn for the final 25 minutes.

64′ Bale makes way for Spurs and he is replaced by Lamela.

63′ Spurs have kept just one clean sheet in their last ten games in all competitions. They are showing signs of nerves at the minute, and Mourinho may need to turn to his bench.

62′ Sprangler tries to plead his innocence, but he is booked after a poor challenge on Lucas in the middle of the park.

58′ Kofler nearly makes a hash of things at the back as he stands on the ball when trying to make a clearance. Bale was already closing him down, but the Wolfsberger keeper managed to sort his feet out and clear the ball away.

56′ Spurs try to fire back immediately, but Lucas steers his free-kick over the crossbar. This could be a nervous few minutes for Spurs if they do not regain control of possession.

55′ GOAAAALLL!!! WOLFSBERGER 1-3 TOTTENHAM!! The home side grab a goal back as Liendl sends Lloris the wrong way from the penalty spot. The midfielder kept his run-up nice and straightforward and slotted the ball into the bottom corner.

54′ Sissoko is booked after a clumsy challenge from behind on Wernitznig. It will be Liendl to take…

49′ BALE!!! The Spurs forward tries his luck from just inside the box, but he is denied by a fingertip save from Kofler!

46′ We are back underway in Budapest!

46′ Vizinger also makes way for the home side, with Stratznig his replacement.

46′ As expected, Son is given a rest and he is replaced by Carlos Vinícius.

45′ Taferner’s night is over as Henriksson replaces him.

Vizinger saw his header tipped onto the crossbar by Lloris, while Wernitznig and Joveljic have also gone close for the home side. They will need an early goal if they are to have any chance of sharing the spoils this evening, though.

Spurs are in total control as the half-time whistle sounds, thanks to goals from Son, Bale and Lucas. Son got them on their way with a neat header, before Bale’s curling finish made it two. Lucas dribbled his way towards goal before finding the bottom corner to make it three but Wolfsberger have had chances of their own.

45′ + 1′ OVER! Wolfsberger win a free-kick on the edge of the box after a clumsy challenge from Sissoko. Wernitznig tries his luck, but he cannot get the ball to dip under the crossbar.

43′ Bale has now scored and assisted in a Spurs game for the first time since April 2013 when they played Manchester City.

42′ Alli is the first player to be booked after a robust challenge.

40′ Liendl tries to squeeze a shot into the bottom corner, but his effort lacked power, and Lloris makes a comfortable save.

37′ With half-time approaching, Mourinho may be tempted to make changes at the break. He could take Son off and save him for another day, with the match looking like it is already in the bag.

34′ Winks grabs an assist and his pass was crucial. It allowed Lucas to attack from the off and Wolfsberger were helpless as he scored.

34′ GOAAAALLLL!! WOLFSBERGER 0-3 TOTTENHAM – Spurs are in total control, and Lucas makes it three. The Brazilian received Winks’ throughball and drove his way into the box, before nestling his shot into the bottom corner. That was far too easy for the visitors!

34′ Panic over for Spurs, as Sissoko is back on the pitch.

33′ Sissoko goes down and has asked for medical assistance after being chopped to the floor by Wernitznig.

32′ Winks forces a save out of Kofler, but the Wolfsberger keeper saw it all the way and got his body behind the ball.

30′ OFF THE BAR! Wolfsberger nearly pull a goal back, but Lloris does incredibly well to deny to Vizinger. The striker got up at the back post and aimed his header towards goal. With the ball flying into the top corner, Lloris has done superbly well to claw it away and onto the bar before Spurs cleared the danger.

28′ Doherty did well to carry the ball for so long, and his pass to Bale was perfect, allowing him time to make his next move.

28′ GOAAAALLLL!!! WOLFSBERGER 0-2 TOTTENHAM – Bale take a bow. Absolutely superb from the Wales international. Spurs’ counter-attack works to perfection as Doherty charges forward before releasing Bale. The winger was on his weaker right foot, but Scherzer committed himself, allowing Bale to turn inside. Once he did that, he had the goal at his mercy, and he smashed the ball past Kofler to double Spurs’ lead.

26′ While they have only created one opportunity, Wolfsberger are doing their best in midfield to make life difficult, but they need to be very worried about Spurs on the counter-attack.

23′ Wolfsberger finally give Lloris something to do as Joveljic tries his luck. The striker beat two Spurs defenders before aiming for goal, but he dragged his left-footed shot into the floor, and that made it easy for Lloris.

20′ OVER! Dier wins his battle at the corner but fails to keep his header under control before watching it sail over the crossbar.

19′ CLOSE!! Alli dribbles his way into the box and tries to find the bottom corner. Wolfsberger keeper Kofler did superbly well to get down at his near post, and the ball deflects off his leg and behind for a corner.

16′ WIDE! Lucas goes close to grabbing Spurs’ second, but his powerful drive from the edge of the box just misses the near post.

14′ We said Bale needed a big performance, an assist inside 15 minutes is not bad going.

13′ GOAAALLL!!! WOLFSBERGER 0-1 TOTTENHAM – Son fires Spurs into an early lead, and Mourinho’s side could not have asked for a more perfect start. With Spurs camped in the Wolfsberger box, Bale found space and thrashed his cross towards the penalty spot. Son was alert and stooped low to head into the far corner.

12′ Son breaks into the Wolfsberger box and fires a cross towards Alli, only for the home side to clear their lines.

10′ The referee brings the game to a halt after Dier catches Vizinger in the air with his arm, but the Wolfsberger forward looks fine to continue.

8′ Mourinho and Spurs’ fanbase will be hoping for a big performance from Bale tonight. Since his return on loan from Real Madrid, he has yet to fire, but this is the stage he usually excels.

6′ WIDE!!!!! Son is centimetres away from opening the scoring, but the Spurs forward fails to keep his shot on target. The South Korea international carried the ball to the edge of the Wolfsberger box before curling a shot towards goal. In doing so, he ignored two team-mates, but he had every right to go for it after such an ambitious run.

5′ Liendl has caught the eye early on. The Wolfsberger captain has covered plenty of ground and shown some classy touches in midfield to keep the Austrian team ticking over.

3′ Neither side have taken control so far, and it has been a frantic start at the Puskas Arena.

1′ We are underway in Budapest!

The two teams are out on the field, and kick-off is moments away. Spurs will wear their yellow away kit for this encounter, while Wolfsberger are in their black and white strip.

Wolfsberger are in unfamiliar territory this evening, with Spurs the first English opposition they have faced in a European competition.

Spurs striker Harry Kane is not in the squad this evening, meaning Son will lead the line. Mourinho makes six changes to the side that lost to the Citizens at the weekend, with Bale, Alli, Sissoko, Winks, Doherty and Alderweireld all coming in. Feldhofer makes two alterations to Wolfsberger’s starting XI with Liendl and Wernitznig getting their chance in midfield.

Wolfsberger have won three of their last five in all competitions heading into this match, while Spurs’ form has taken a real dip. Jose Mourinho’s men have lost five of their previous six, and they were hammered 3-0 by Manchester City last time out.

Ferdinand Feldhofer’s Wolfsberger sit sixth in the Austrian Bundesliga, while Spurs have slipped down the Premier League table to ninth in recent weeks, and they will be hoping the Europa League provides them with a welcomed distraction.

Hello and welcome to our live coverage of the Europa League contest between Wolfsberger and Tottenham. Due to coronavirus restrictions, tonight’s battle will be played at the Puskas Arena in Budapest, and Wolfsberger will be hoping to secure a result, with the second leg still expected to go ahead in North London next week. 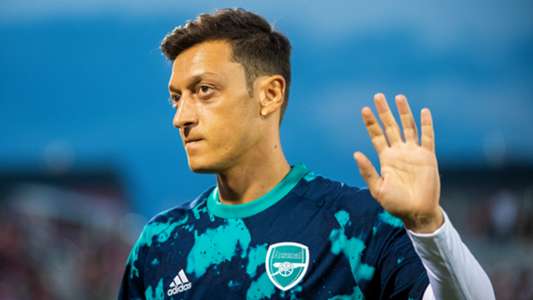