With two more games to go in the league stage this season in the Indian Super League (ISL), FC Goa will want to win both of them as the hunt for a play-offs spot heats up.

With FC Goa set to take on Bengaluru FC, for whom any result other than a win will end their slim play-off hopes, sparks are set to fly on Sunday.

FC Goa coach Juan Ferrando believes that their clash against Bengaluru will be an exciting encounter.

The Gaurs had registered a crucial win against Odisha in their last match after six consecutive draws and Ferrando suggested that the three points boosted the morale of the players ahead of a crucial period.

“At the end, it’s good for us when you take three points because the dressing room feels better. The anxiety and stress are out of the dressing room. When you take the draws, when you’re winning the game and in the last minutes you have to take a draw, it’s difficult. It was very important to take three points against Odisha to continue fighting for the third or fourth positions, and for our target to be in the semi-finals.”

The Spanish coach suggested that his team’s progress over the months has been halted multiple times due to injuries and suspensions and he stated that he isn’t fully satisfied with the development of his team. He felt that his players are capable of doing much more than what they are doing at present.

“I’m sad because sometimes it’s difficult to improve with injuries, red cards and normal problems that are there in all the teams. In this case, it was not an exponential improvement. Our improvement has been slow.

“I’m upset because how we play in the games is a result of the training. Of course, in February it was difficult for us to train with some players with injuries and some with red cards. In this case, I’m not 100 per cent happy because in my mind, the limit of this team is very high. But for these problems, in the end, the team has improved a lot,” stated Ferrando.

Ferrando was all praises for ‘Super sub’ Ishan Pandita who has scored four goals already in this season coming on as a substitute but he felt that the young forward needs to keep improving in order to get more game time at FC Goa.

“I talk with him (Ishan Pandita) all the time. I’m happy, for example, in the last part of the pitch, he’s good. When we decide to put him in the last minutes, it’s because he’s good at controlling the center-backs and his reference is good. But for me, it’s very important for Ishan to improve in a lot of details. If he wants to play for more minutes, there are a lot of details.

“He’s working and step-by-step he is improving in these details. But I’m not scared because he’s young. The problem is when you have a number 9 who is 32 or 33 years old. He’s the same as the rest of the players. The most important thing is that they understand about football and this is my job to help them,” opined the Gaurs’ coach.

The 40-year-old coach agreed that conceding goals from set-pieces have been an issue for his team and he opined that the problem was due to the inexperience of players.

Midfielder Princeton Rebello had replaced skipper Edu Bedia at the heart of the midfield in their last match and the Goan player thanked the coach for putting his trust in the youngster which gave him confidence.

“For me, it was a difficult moment after the injury, but the coach motivated me and told me that I will play. So I came in and gave my best. I’m happy that we won the match and now we are looking to win the next match. For me, at the start, it was a bit difficult as it can be for any young player because you don’t know when you’ll start. But you never know when your time will come.

“The coach believed in me and I want to improve more to be at my top. Jumping from the development team to the first team is something you have to be proud of because any youngster will want to be where I am today. I hope there will be a lot more young players in this team as the management and the coach are helping a lot of young players to be in this team.”

Sat Feb 20 , 2021
Moosa believes that the Blues management is aware of the shortcomings in terms of player recruitment this season… Bengaluru FC kept their slim 2020-21 Indian Super League (ISL) play-off chances alive when they defeated Mumbai City 4-2 on Monday. The former ISL champions, who have never failed to make it […] 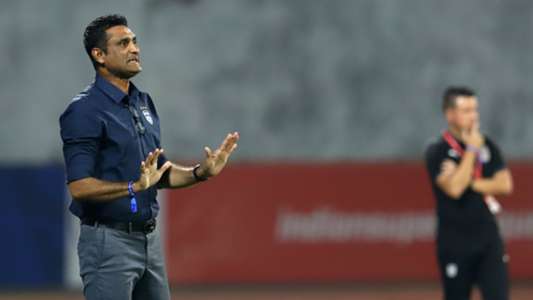