The Jangwani giants were yet to win a league fixture since the second round of the 2020-21 campaign resumed and they had seen their last three matches end in draws – 1-1 against Tanzania Prisons, 1-1 against Mbeya City, and 3-3 against Kagera Sugar.

However, it all changed in the 73rd minute when substitute Carlos Carlinhos scored what turned out to be the lone goal of the game. The Burundian has lauded his players for the vital win.

“We expected a tough game because of many on and off-pitch matters,” Kaze told reporters.

“It was important that we get a win because we had come from consecutive draws and our confidence levels had gone down as well. So the best we would have done is to get maximum points.”

The tactician has further lauded the opponents for their good display which made it harder for the 27-time champions to get a goal, especially in the first half.

“Also the opponents were well prepared and they gave their best which made it harder for us to score in the first half,” Kaze continued.

“They were organised and had discipline; however, we managed to get the winning goal in the second half.

“The win was important because it will increase the players’ confidence ahead of our forthcoming assignments. It will help the players since they will have something to build on in the next game.”

The win has seen Yanga stretch their lead at the top of the 18-team table. They have 49 points from 21 matches while Simba, who are not in action, have a Caf Champions League match against Egyptian giants Al Ahly on Tuesday. Simba are second with 42 points from 18 matches.

Wananchi have managed to win 14 games and drawn seven. They are currently the only unbeaten team in the Tanzanian top-tier. They have scored 34 goals in the process and conceded 11.

Their next assignment will be away to Coastal Union who are currently in 12th position with 23 points. 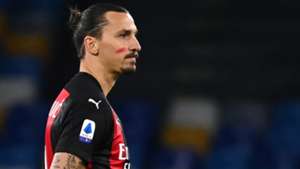