The Belgium international has been dealing with his fair share of injuries this season, so will he be ready to face his former side?

Real Madrid will face Chelsea in the highly anticipated Champions League semi-finals, with Zinedine Zidane and Thomas Tuchel both looking to get a step closer to continental glory.

There will also be a potential reunion for Eden Hazard and Chelsea, as he prepares to welcome his former side in the first leg before travelling to Stamford Bridge a week later.

Goal has what you need to know if Hazard has been deemed fit to feature against his old team.

Editors’ Picks
Will Eden Hazard play vs Chelsea in the Champions League?

The Belgian has been included in the Champions League squad to face Chelsea on Tuesday evening, and has been declared fit by Zidane.

Hazard had been sidelined with a hip injury since March 13, but was able to make a 15-minute cameo in the 0-0 draw to Real Betis on Saturday.

Whether or not he will actually feature in the game is a different question, based on the injuries and fitness levels he has struggled with this season.

What has Zidane said?

Zidane gave Hazard the all-clear to be named in the team, and outlined the forward’s importance to the squad.

“I don’t see Eden having any doubts. He looked very good on the field the other day,” Zidane told reporters at a press conference on Monday.

“That was the most important, not feeling anything from his old problems. Now he is good, and now to push on.

“We are happy to have him with us, he will bring a lot to the team.”

Hazard has had plenty of injury woes this season, making just 15 appearances for Los Blancos in all competitions so far.

The former Chelsea man had been diagnosed with an injury in the “right psoas muscle” after he was taken off against Elche last month, but did not undergo an operation as two doctors who previously worked on his right ankle strongly advised against doing so.

Real Madrid had been hoping for Hazard to return to fitness in time to face Liverpool, and then Getafe on April 18, but was only given the green light to play against Real Betis on April 24.

Who else will be available for Real?

Toni Kroos is also aiming for a return to the team after being sidelined since the Champions League second leg quarter-final tie against Liverpool.

Ferland Mendy, meanwhile, is a doubt due to an ongoing calf issue.

Tue Apr 27 , 2021
The former England international has suggested some of the consequences of making the 31-year-old come back to the national team John Fashanu has warned Nigeria national team coach Gernot Rohr not to bring back Odion Ighalo to the team, stating it could make the young strikers in the side ‘depressed’. […] 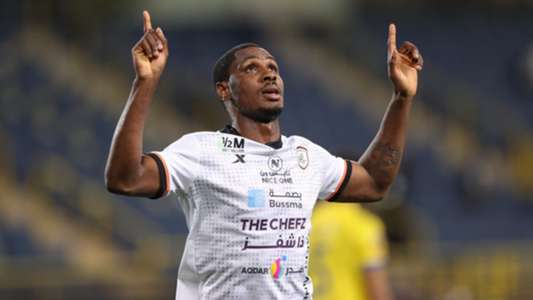