While Leicester City began 2020/21 with European involvement, there remained a ‘what might have been?’ impression that Europa League football should have been Champions League participation instead, but for their collapse in the second half of the previous campaign.

Even though Wilfred Ndidi’s absence played a part at the start of their rot, it became clear post-lockdown that the Nigerian’s return wouldn’t necessarily reverse the slump in performances and results, and the East Midlands side ended in fifth spot.

Despite this, Ndidi’s profile grew as one of the leading anchormen in the Premier League, as well as the continent. Statistics showed how the West African’s game evolved from largely a hard-tackling enforcer to all-round midfield man in 2019/20.

His importance to the Foxes’ build-up was examined along with the blue-collar tendencies that initially prompted effusive praise upon his first 18 months in England and it was fascinating to see the 24-year-old feature in Europe for Rodgers’ men in the new season through to 2021.

The Nigeria star endured an injury-troubled year in which he missed a few games in the first weeks of 2020 before a layoff of about two months from September to December.

Leicester missed his expertise in the middle of the park in the former, but the Foxes’ issues ran deeper than that as they struggled for performances and wins as the season wore on.

Ndidi equally struggled in some games, particularly post-lockdown, where he conceded penalties at Everton and Bournemouth to continue the side’s worrying drop off that started after a 4-0 thrashing by Liverpool in December 2019.

An ill-timed layoff at the start of the campaign meant the former Genk man didn’t make his European bow for the side until December’s 1-0 defeat by Zorya in Ukraine, and another in the 2-0 success over AEK Athens in matchday six.

Ndidi’s opportune return was welcome due to the injuries in the Leicester side and with the flurry of games to come during the frenzied Christmas schedule.

He’s featured at centre-back making a comeback — having initially moonlighted there on the opening weekend of the season at West Bromwich Albion — but his strengths in midfield mean Rodgers will be pleased to have the Nigeria star back in his favoured role for the rest of the season.

Surprisingly, there have been a scarcity of reports linking Leicester man to other clubs despite his growth since joining the 2016 PL winners.

This could change in future particularly if Rodgers’ men fail to make the top four, unable to win the Europa League or fail to end in the European slots at the end of 20/21.

Given the two moderately lengthy layoffs in 2020, the immediate goal for Ndidi will be staying fit for the majority of the New Year, especially as Rodgers’ side look to go the distance in the Premier League top four tussle this season.

The race is tighter this time, with several clubs jostling for a place in a really tight window, and Leicester will need their top defensive midfielder healthy for a tough second part of the season.

What if Ndidi’s injury problems aren’t behind him?

On a personal front, further setbacks in the New Year could have ramifications down the line for the 24-year-old, as doubts may begin to grow over how much he can be relied upon to play regularly.

For Leicester, failure to at least end in the European spots will feel like an impediment to the club’s progress since Rodgers took charge and disappoint observers who believed their growth in the last 18 months indicated they’ll become continental regulars for the next few years.

Tue Jan 5 , 2021
Reports in Japan have indicated the two clubs have reached an agreement for the towering striker to shift to the Qatar Stars League Kenya striker Michael Olunga is on the verge of signing for Al-Duhail SC of Qatar, according to reports. Olunga’s club Kashiwa Reysol have accepted a transfer fee […] 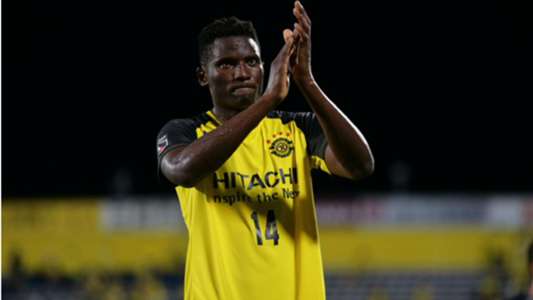