Manchester United and their supporters have no reason not to believe that they can win the Premier League, assures Gary Neville, after the Red Devils hit the summit following Tuesday’s win over Burnley.

Ole Gunnar Solskjaer’s side went top for the first time since 2017 thanks to Paul Pogba’s spectacular second-half volley, moving them three points ahead of champions Liverpool.

Victory over the Clarets has set up a mouthwatering north-west derby encounter at Anfield this Sunday, presenting United with the opportunity to open up a six-point gap over their bitter rivals.

In a notably open Premier League campaign marked by wildly fluctuating form and results, Solskjaer’s oft-maligned side have emerged as genuine contenders, having now gone 11 games unbeaten in the top-flight.

Former United defender Neville, a cornerstone of the club’s success under Sir Alex Ferguson, has admitted that he has been blindsided by their run to the top over the past few months – and that while he is reluctant to say they are headed for the title, they have no reason not to dream big.

“I don’t think anyone is saying Manchester United will win the league but the fact that they are in a title fight…wow. I never would have imagined it,” the ex-England man told Sky Sports.

“It’s a strange season. Why shouldn’t Manchester United fans believe? Why shouldn’t this side believe? Look at the front three, look at that midfield four, look at Bruno Fernandes – they have some fantastic players.

“The other teams aren’t in great form. Man City are sitting there cool and calm, nobody is really talking about them, but they are hitting very good form and that is a real danger. But in the next few days it is time to have a little bit of fun. It won’t be a comfortable few days for Liverpool.

“l believe these players feel they can have a really special season. It’s odd, it’s changing every single week, you don’t know what is going to happen and there’s an element of unpredictability and Manchester United could exploit that.”

Pogba – often a lightning rod for criticism within the United set-up – capped arguably his best performance for the club in several months with an exquisite finish to earn the three points, and was mobbed by his ecstatic team-mates in celebration.

Neville pointed to the reaction of the Red Devils players as further signs of a shared belief in each other, adding that it only serves to enhance the team’s communal spirit.

“It’s a big win,” he noted. “To go top of the league before Sunday feels like a big moment in the sense that six to eight weeks ago you wouldn’t have thought Manchester United would have been anywhere near this position.

“Yet, now, they find themselves with something building, the spirit is growing as you could see with the way they celebrated with each other, there’s a resilience built off some performances which haven’t been great all the time away from home but they have won when they haven’t been at their best.

“You get confidence from that and now United are starting to play better. The players they have who are really top quality are starting to show those moments in a more consistent fashion.”

Wed Jan 13 , 2021
The Premier League club deny any wrongdoing surrounding expenses payments made to the man who claims he did not do any work for them Manchester City have been accused of creating a “fake” role at the club for the father of former academy prospect Gabriel Fernando Almeida as a way […] 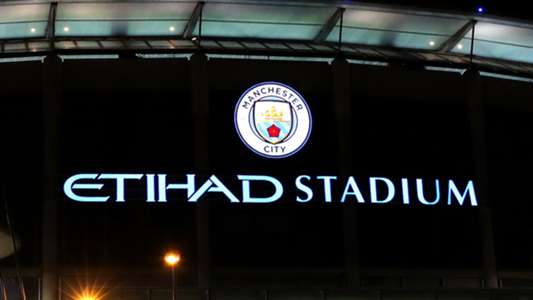