The 31-year-old’s dream loan spell at Manchester United will end by the end of January, but could any top flight side trust the ex-Watford man?

It was almost a year ago that Odion Ighalo made the Deadline Day switch in January to join dream club Manchester United till the end of the season.

The enforced coronavirus break, however, led to an extension of the striker’s loan from Shanghai Shenhua, which ultimately proved to be the 31-year-old’s undoing.

Admittedly, rejecting the offer to stay at the club he’s loved almost all his life was probably never going to happen but, despite staying an extra six months with the Red Devils, lockdown in March was the worst thing that could have happened to the Nigerian.

Marcus Rashford’s return from injury post-lockdown and Man United’s top four chase meant Ole Gunnar Solskjaer relied heavily on nearly the same side for the majority of games in their run-in, with Ighalo’s minutes taking a significant hit.

While the 1999 Champions League winner admired and respected the West African frontman, there was a suggestion he never really trusted him to lead the line for the really important games, evidenced by that run of games at the backend of last season, the FA Cup semi-final snub vs Chelsea and eventual short-term acquisition of Edinson Cavani in the previous window.

The upshot of the aforementioned has seen the ex-Nigeria international feature for nine Premier League minutes while seeing even less time in the Champions League this term. He started twice in the EFL Cup against Luton Town and Brighton & Hove Albion but was dropped totally in subsequent rounds against Everton and Manchester City when the opponents posed a greater threat.

Even though his last start came way back in September, Ighalo seemingly has no hard feelings and remains honoured to have represented the club in the last year.

“It was a good one and a tough one. Before I came to United, I never thought I would play,” the frontman told ESPN, reflecting on his time at the Theatre of Dreams. “I remember the night my agent called me to tell me Manchester United wanted me, it was 10 pm-11 pm Shanghai Time. I was under my bed naked; I didn’t sleep until daybreak.

“I’m fulfilled as a football player, if I don’t achieve anything from now when I finish my career I am fulfilled.”

The forward’s next move has been mooted, especially as he now enters the final week of his time in Manchester. A move to the MLS has done the rounds but there are some Premier League teams rumoured to be interested.

While he hasn’t played consistently since June, the ex-Watford man did show in his run-outs before the lockdown he’s by no means done yet and still has goals in him, in spite of his advanced years.

So, which PL sides could consider the retired Super Eagle?

Chris Wilder’s side have struggled for goals all season and will theoretically be helped by someone of Ighalo’s quality in the penalty area.

The Blades are the joint-lowest scorers in the league with 10 but are underperforming their expected goals of 18.4, largely due to not having the quality or enough end product in the attacking third.

Signing Rhian Brewster from Liverpool hasn’t helped in any way, so Wilder could look to the more experienced Ighalo to poach some goals in the second half of the campaign as Sheffield aim to avoid relegation.

Rumours of a move for Sevilla frontman Youssef En-Nesyri have circulated recently but it remains to be seen if it’ll be done this month.

Fears over the Morocco forward not bedding in straight away could lead David Moyes to a proven Premier League forward in Ighalo, due to his familiarity with football in England.

The seventh-placed Hammers could secure their highest domestic finish since moving to the London Stadium, and an experienced, largely dependable Ighalo could help their cause.

In a similar way to the Blades, Fulham’s position isn’t a fair reflection of their performances this season.

Scott Parker’s troops sit third-bottom in the table despite mostly playing well and showing tremendous growth since their opening 3-0 defeat by Arsenal at Craven Cottage.

Since that reverse, the Cottagers have largely tightened up at the back and have found the right balance in midfield, but still struggle for goals when it matters.

Before recent back-to-back defeats by Chelsea and Man United, they played out five successive draws which may have ended in wins had they had a capable goal scorer.

Ighalo ticks that box, somewhat, and a short-term deal should be considered by the West Londoners.

In truth, an argument can be made for almost every side in the bottom five to strike a short-term deal with the Nigerian due to his finishing ability but whether they swoop for the West African remains to be seen.

Ighalo seems to have unfinished business in the Premier League, though, and Nigerians will hope he sticks around for a while longer, especially after the underwhelming finish to his dream United spell.

FIFA 21 January transfers: When do winter changes take place and will transferred players get upgraded?

Mon Jan 25 , 2021
Lots of players have changed clubs this month – when do they get updated in the game? The January transfer window is one of the most entertaining parts of the season for football fans as clubs sign new players and supporters get excited to see what these new arrivals can […] 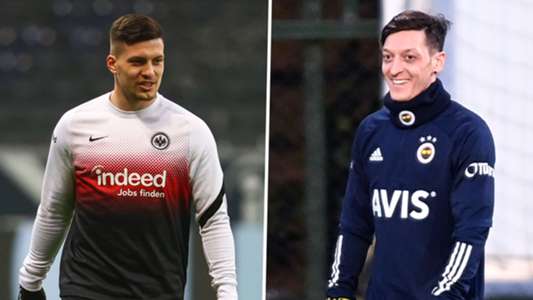