Sofapaka head coach Ken Odhiambo is not impressed with his charges despite a 2-0 win over Zoo FC in a Football Kenya Federation Premier League game played at Kasarani Annex on Wednesday.

Lawrence Juma and Kepha Aswani earned the goals in a dominant first half for Batoto ba Mungu and the visitors were lucky not to concede more in the subsequent half.

Despite the victory, the experienced tactician has explained why he was not impressed by his players.

“Yes we won the game but I was not impressed; we would have won by a bigger margin, considering we got so many chances especially in the second half,” Odhiambo told Goal.

“It is something my players need to be serious about because if you get a team you can beat six or seven goals, you should take the chances and score.”

On Wednesday, Sofapaka threatened in the seventh minute when Collins Wakhungu was set through on goal by Stephen Otieno but Zoo’s Brian Lumumba did well to punch out the shot targeted at his goal.

After Lumumba had denied them, Sofapaka started another build-up that ended up producing the opener three minutes later. Wakhungu set Juma through on goal and the former Gor Mahia midfielder – who scored a hat-trick against Mathare United – managed to find the back of the net.

Wakhungu, who was lively from the first whistle, was unlucky to see his effort parried over the bar by Lumumba in the 12th minute as Sofapaka mounted more attacks.

Otieno would have made it 2-0 in the 23rd minute but his shot went just wide as an isolated Lumumba was again exposed by his backline.

Batoto ba Mungu were not to be denied in the 28th minute when Aswani scored with an assist from Roy Okal. At this point, Zoo were clearly unable to deal with a Sofapaka side that attacked from all angles.

The 2009 champions are now in the ninth position with 14 points that have come from the 10 matches they have played.

Zoo, who are still in search of their first win this season, are at the bottom of the table with just two points from the eight games they have played.

Could Odion Ighalo have done better than Saudi Arabia?

Thu Feb 11 , 2021
The 31-year-old has inked a deal with Al Shabab, despite a number of Premier League sides needing to add goal threat in a bid for safety As is often the case with pleasant dreams, Odion Ighalo’s time at Manchester United ended with something of an anti-climax. What had started with […] 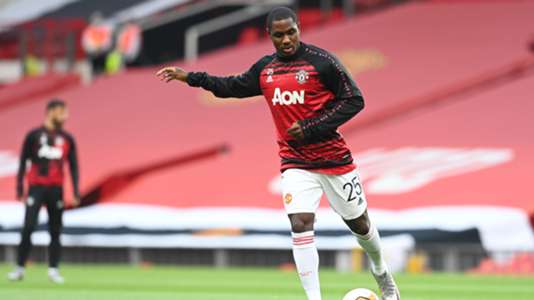