Champions League football returns for the first time in 2021 when the round of 16 takes place this February and March.

Liverpool have endured some difficulty on the domestic front and they will no doubt be looking forward to continental competition as a distraction from their issues at home.

The Merseyside outfit take on Julian Nagelsmann’s RB Leipzig in the last 16, but it won’t mean a return to Germany for Jurgen Klopp after the venue was moved to a different country.

So why has the game been moved and where? Goal has everything you need to know.

Why has Liverpool’s Champions League game vs RB Leipzig been moved?

Ordinarily, the first-leg game between Liverpool and RB Leipzig would have been played at RB Leipzig’s home stadium, the Red Bull Arena in Leipzig.

However, public health regulations in Germany arising out of the Covid-19 pandemic have ensured that it cannot be played there.

A temporary travel ban from the United Kingdom to Germany was introduced in December 2020 and there were initially some fears that it could affect English teams in Europe.

At the end of January, the travel ban was extended up to and including February 17 which presented a problem for the clubs, with their game scheduled to be played on February 16.

Important information for travellers: In addition to test and quarantine rules, a transportation ban for travellers from 🇬🇧 to 🇩🇪 is in place provisionally until and including 17 February 2021. More information: https://t.co/IjTBugPww9

Liverpool applied to authorities for the right to enter Germany in order to play the game, but the federal police (BPOL) rejected their request.

According to the Federal Ministry of the Interior (BMI), a Champions League match was not grounds for exceptional permission to be granted.

As a consequence, under UEFA’s rules, RB Leipzig were forced to find an alternative venue or else they risked handing the Reds a 3-0 forfeit victory.

Where will RB Leipzig vs Liverpool be played instead?

The Champions League last-16 first-leg game between Liverpool and RB Leipzig will now be played in Budapest, Hungary.

It will take place at the Puskas Arena, which is a newly built stadium with a capacity of 67,000. Construction began on the arena in 2017 and it was completed in 2019.

UEFA can confirm that the #UCL round of 16 first leg between Leipzig and Liverpool will now take place at Puskás Aréna in Budapest on 16 February.

The Puskas Arena was built on the site of the old Ferenc Puskas Stadium and it will host a number of matches at Euro 2020.

It has already been used in the 2020-21 Champions League, having hosted Ferencvaros’ matches against Juventus and Barcelona.

When will RB Leipzig vs Liverpool be played?

Liverpool will play RB Leipzig in the first leg of their Champions League last-16 bout on Tuesday February 16, 2021.

Two weeks later on Wednesday March 10, the two teams will collide in the second leg at Anfield. That game will also kick off at 8pm GMT (3pm ET).

Mon Feb 8 , 2021
The two nations engaged in two test matches before heading to Mauritania for the continental competition where they are both participants Tanzania U20 head coach Jamhuri Kihwelo has explained how Uganda helped them ahead of the Africa Cup of Nations tournament in Mauritania. Ngorongoro Boys and Uganda’s Hippos played two friendlies […] 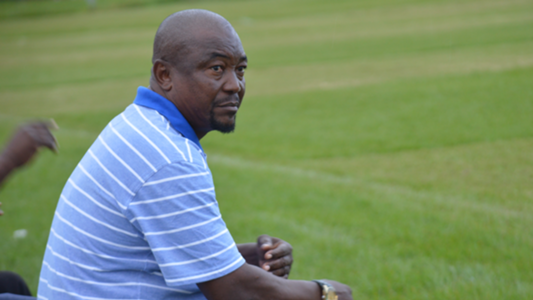