If you follow Gary Lineker on Twitter, there’s a fair chance you will have seen one of the platform’s more enduring running jokes.

It has been a favourite of ‘Football Twitter’ for a number of years, long enough ago that many will have seen the gag without knowing its origins.

Yeah, I know….I shat on the pitch.

The story comes from England’s memorable run to the semi-finals of the World Cup at Italia 90.

Sir Bobby Robson’s Three Lions began their campaign with a 1-1 draw against the Republic of Ireland at Cagliari’s Stadio Sant’Elia.

Lineker got the opening goal inside 10 minutes. It was the first of four goals he would score at the tournament following his Golden Boot-winning six at the 1986 World Cup.

However, the former Barcelona forward, playing for Tottenham at the time, became unwell during the match.

He later explained the situation to BBC Radio 5 Live .

“I’ve never admitted to it, but it’s true,” Lineker said.

“It was a World Cup game. It’s filmed, I’ve seen it but unless you know [what was happening] you wouldn’t know.

“I was not very well; I was poorly at half-time but I carried on.

“The ball went down the left-hand side. I did try to tackle someone, I stretched and then I relaxed myself.

“I was very fortunate it rained that night and I could do something about it. It was messy, it just came out, it happened. How much detail do you want?

“It’s true; it was the opening game of the 1990 World Cup against the Republic of Ireland.

“You can see me rubbing the ground like a dog; it was the most horrendous experience of my life, but I tell you I never found so much space in a game than I did that night after that happened.”

Somewhat admirably, Lineker played on until the 83rd minute, when he was put out of his misery and replaced by Wolves icon Steve Bull.

Luckily for Lineker, it would not prove the most memorable image of his from the tournament.

After England had gotten past Belgium and Cameroon, they were eliminated by eventual winners West Germany on penalties in the semi-final in Turin.

Star man Paul Gascoigne was booked in that game, meaning he would have missed the final if England had qualified.

The image of Lineker signalling his concern to the bench as Gascoigne fumed in the background has become one of the most iconic in England’s footballing history.

Thu Jun 11 , 2020
Atletico Madrid Only two players will miss out Diego Simeone will head to Bilbao on Sunday with virtually a fully fit squad to choose from. Atletico Madrid will be without just two players for their match against Athletic Club at San Mames this weekend. Sime Vrsaljko is one of them – […] 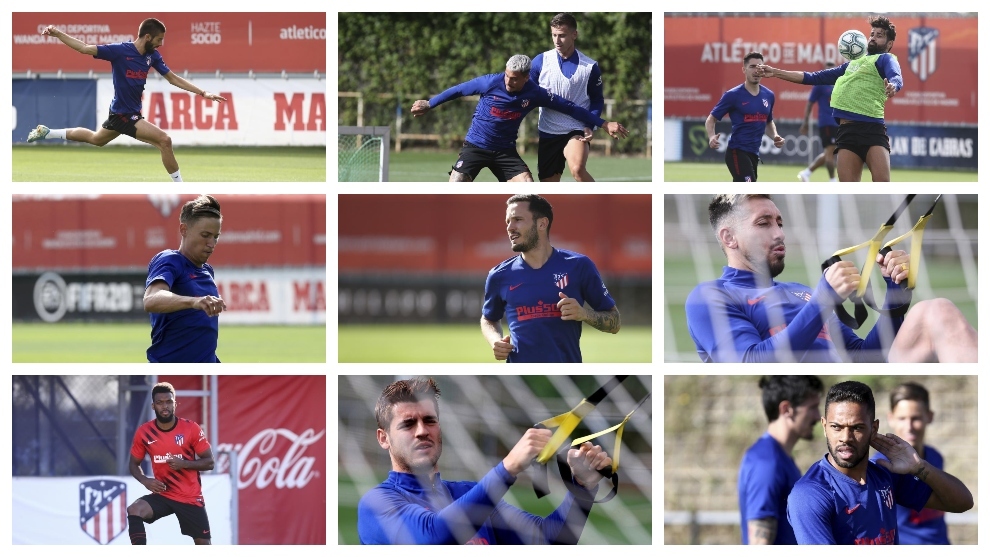