Mbaye Diagne’s agent has revealed his client does not fit into Galatasaray manager Fatih Terim’s system and has been assured of regular playing time at West Bromwich Albion.

The 29-year-old has been with the Yellow and Reds since January 2019 when he teamed up with the Turkish Super Lig side from Kasımpaşa.

The forward spent last season away from the Turk Telekom Stadium on a season loan with Club Brugge before returning in the summer.

Diagne has scored 11 goals in 19 appearances across all competitions for the Yellow and Reds this season, amid other dazzling displays.

His impressive performances have caught the attention of West Brom manager Sam Allardyce who is keen to bolster his squad before the end of the January transfer window.

Diagne is now set to join the Hawthorns outfit on an initial loan with an option to team up with the Premier League club permanently after delivering convincing showings.

The representative of the Senegal international has revealed why the forward is interested to leave Galatasaray and sign for the Baggies.

“West Bromwich Albion gave him a continuous play guarantee. He’s actually happy in Galatasaray, but he agreed because he thought he could take more time there,” Diagne’s agent told Haber7 .

“Diagne is going to England. Correspondence has been done; this is done. He is going on loan, but there is a mandatory purchase option.

“It is a great transfer for Galatasaray because I think Diagne does not fit into [Galatasaray manager] Fatih Terim’s system.”

Diagne has featured in more than 30 games for Galatasaray since joining the side and helped them win a number of trophies, including the Super Lig title in the 2018-19 season.

West Brom are currently in the bottom three and will hope the addition of the Senegal international will boost their chances of maintaining their Premier League status at the end of the season.

If the deal becomes successful, the 28-year-old will link up with Nigeria international Semi Ajayi, who has been one of the standout performers for the club this campaign.

Diagne has previously played for Brandizzo, Bra, Juventus, Tianjin TEDA and before signing for Kasımpasa in 2018.

Thu Jan 28 , 2021
The new manager is relishing the task of coaching Mbappe and Neymar in Paris and responded to allegations of disrespect from Joan Laporta Mauricio Pochettino says he expects Kylian Mbappe to stay at Paris Saint-Germain “for many years to come” amid speculation linking the forward with Real Madrid and Liverpool. […] 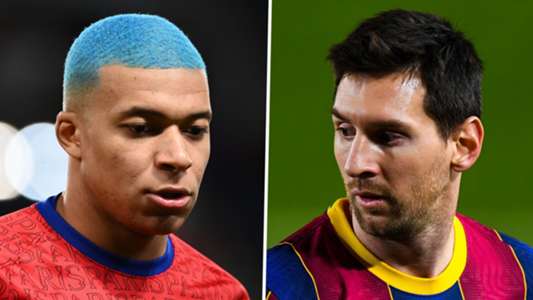