Yanga SC captain Lamine Moro has revealed why he thinks his side will be difficult to defeat in their remaining Tanzania Mainland Premier League games.

Timu ya Wananchi suffered their first loss of the season when they went down to Coastal Union early in March, a result that saw some reshuffling done in the technical bench and Cedric Kaze left as the head coach.

Moro has now stated their resilience will be key going forward as they try to chase a 28th Premier League title after three unsuccessful seasons.

“It is difficult to defeat someone [Yanga SC] who never gives up in life and I think we are ready for the rest of the games that are coming,” Moro told Azam TV ahead of their Saturday game against Kinondoni Municipal Council.

“Then we have a difficult game on Saturday and since I came to Tanzania I have never played an easy game. It is going to be tough but I think we are ready for them.”

On his part, interim head coach Juma Mwambusi is aware of the danger KMC will present for them. He also laid down the plan they will deploy against the visitors.

“KMC are coming to Mkapa Stadium knowing very well they are coming to fight for positive results after we defeated them in the reverse game,” Mwambusi said.

“We are going to apply an attacking approach not a defensive one but in doing so, we will be keen and cautious enough because the team we are playing against is a tough one.

“We will constantly attack and make sure we get positive results because that is the only thing to make supporters have pride in the team.

“The technical bench has done their job and it is now upon Lamine and his group to do their part on the pitch.

“KMC are a competitive club but for all the league clubs they always improve their games whenever they are playing against Yanga. But a big team should always have great reaction to show how big they are and how experienced they are.”

The coach had earlier revealed how they have addressed challenges that they faced and denied them points in the previous games.

“Football is like science and our work as coaches is to find problems and look for solutions,” Mwambusi said. “The problems we witnessed at the front where we did not score as many goals as chances created and individual errors at the back will be solved.

“We are fighting to see how we find solutions for them. We are also trying to find out why they occurred because you can’t blame a striker for not scoring without asking yourself whether the cross delivered was good enough.”

Mwambusi will take charge of Yanga as they continue to look for a permanent replacement for Kaze. Former Harambee Stars head coach Sebastien Migne has been heavily linked with the job at Jangwani street.

Llorente: It's hard to be with Conte for over a year but he's the best coach I've ever had

Sat Apr 10 , 2021
The ex-Juventus and Chelsea boss is poised to break the Bianconeri’s decade-long hold on the Scudetto with Inter and his ex-player has only kind words Fernando Llorente has admitted that he is not surprised to see Antonio Conte headed for another trophy – but the Udinese striker admitted that the […] 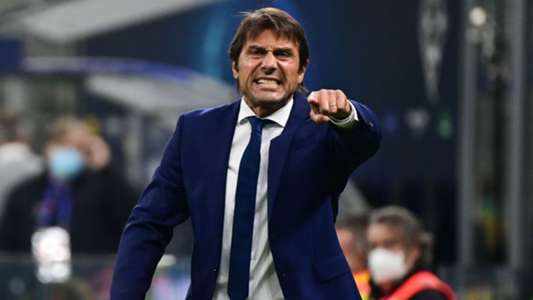