FKF Premier League side Bandari will have to wait for at least two more days before unveiling their new coach Andre Casa Mbungo.

Goal exclusively reported on Friday the former AFC Leopards tactician was heading to handle the Coastal-based side after agreeing on contractual terms.

The Rwandan tactician, who has already resigned as the coach of Gicogi United so as to take over at Bandari, will not arrive as planned after the delay in getting his Covid-19 results done in Kigali on Friday.

“Mbungo will not arrive as planned in Mombasa because Rwanda have strict Covid-19 regulations which he has to undergo before boarding the plane to Kenya,” a source privy to the transfer move, and who did not want to be named, told Goal on Saturday.

“He took his Covid-19 test on Friday and he is still waiting for the certificate and results and it means he can only arrive on Sunday or Monday meaning the unveiling cannot be done as planned.

“He will also not be able to watch the team in action against Western Stima.”

A source told Goal on Mbungo’s return to Kenyan football: “An agreement has been reached between the club and coach [Mbungo]. He will travel from Rwanda today [Friday] and will be unveiled on Saturday, of course, after signing the papers.”

Bandari will be the second Kenyan club Mbungo will be coaching after a short stint at AFC Leopards. The experienced coach quit Ingwe in December 2019 after going for months without pay.

He went on to work briefly for Gasogi United before Rayon Sports convinced him to join them.

At the Dockers, Mbungo will be assisted by Patrick Odhiambo. The former Sony Sugar coach is currently at Gor Mahia acting as an interim coach after the exit of Brazilian coach Roberto Oliveira.

Former Bandari coach Ken Odhiambo has already been unveiled by Sofapaka in the top-flight.

Bandari started their league campaign with a 1-0 win over Sofapaka FC. They drew 0-0 with Tusker FC in their second game before falling 2-0 to Nairobi City Stars.

Another 2-1 defeat came at home against league leaders KCB before settling for a 1-1 draw with Posta Rangers.

Sat Jan 2 , 2021
If the Downs front trio is fielded they could prove to be a handful for the Buccaneers and emerge as the Brazilians’ trump card in this big fixture Mamelodi Sundowns forward Kermit Erasmus has underlined that Saturday’s Premier Soccer League (PSL) clash against Orlando Pirates at Loftus Versfeld “is all […] 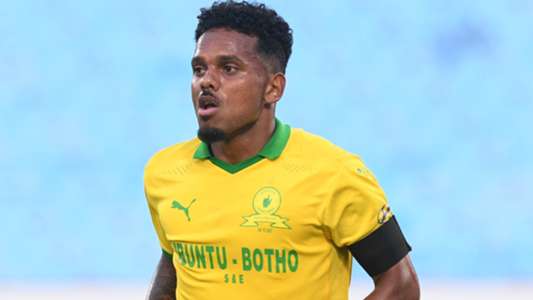