Despite earning the right to automatic qualification as hosts for the 2022 World Cup, Qatar are still playing in qualifier games – and here’s why

The 2022 World Cup is set to take place in Qatar, and it will be the first time the tournament is held in the months of November and December instead of traditional summer in order to accommodate with the milder temperatures of the Gulf nation.

You might have noticed that Qatar have been included in several World Cup qualifiers – even though that, as the host nation, they earned automatic qualification.

So why are Qatar still playing qualifiers? Goal takes a look.

Editors’ Picks
Why are Qatar in 2022 World Cup qualifiers?

Qatar have only been included as a team in the 2022 World Cup qualification stages as a guest side, using the fixtures as a chance to warm-up for the tournament.

Qatar, as World Cup hosts, earned the right to automatic qualification for the tournament once they were awarded their bid.

They follow in the footsteps of the France team that decided to partake in the 2016 European Championship qualifiers that they served as the host nation for.

Qatar will use their qualifying games as friendly fixtures, with their results and performances during these rounds ultimately not affecting their participation in the tournament proper.

Qatar have been named as Group A’s “shadow” team, one of the groups of five teams in UEFA’s qualification process.

They have been placed in Group A alongside the likes of Portugal, Serbia, Azerbaijan, Luxembourg and Republic of Ireland.

The World Cup hosts will not host their home fixtures in their own stadiums, but will instead be played at neutral grounds in Europe to ensure minimal travel for their opponents.

Their World Cup 2022 games are officially categorised as ‘friendly’ matches.

Qatar are, additionally, also participating in the Asian World Cup qualifiers, but only because that route also acts as qualifiers for the 2023 Asian Cup. The country have also been asked to play in the 2021 Copa America and Concacaf Gold Cup, also as a guest team, which they did in 2019.

It is still uncertain whether or not fans will be able to attend the 2022 tournament due to the Covid-19 crisis, but FIFA president Gianni Infantino stated his confidence that stadiums will be packed for the competition.

“At the World Cup 2022 in Qatar we will have full stadiums,” Infantino told reporters in early 2021 when quizzed about the prospect.

“Covid-19 will be defeated by then and we will all have learned to live with it.”

The FIFA chief added, pointedly: “If, in two years time, we are not there yet, we will have a bigger problem than the World Cup.”

Fri Feb 12 , 2021
The Tottenham boss insists the forward had ruled himself out of contention for the midweek trip at Everton, despite what was suggested on social media Jose Mourinho has taken a swipe at Gareth Bale after saying an Instagram post by the forward is “totally wrong” and that there was a “contradiction […] 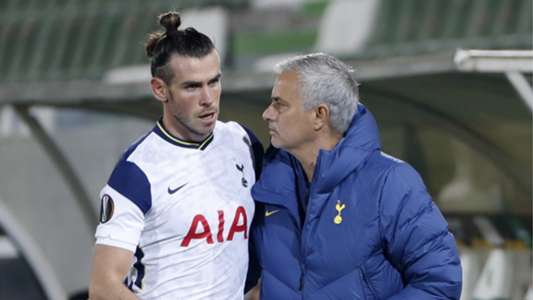