Sports Club Villa striker Isaac Ogwang has pointed out his biggest achievement in 2020 despite the emergence of the coronavirus scourge.

The pandemic forced a number of leagues to be cancelled, including Uganda’s, but the forward has said the year will remain his best one as he joined a top-tier club.

“The pandemic has had impacts on my football career but it is in 2020 that I joined top-flight football in Uganda, it is a progress in my career,” Ogwang told the club’s website.

He also explained how he adapted to the team and why, to him, it was not a tough process.

“I didn’t take a lot of time to adapt because most of the faces I found at Villa Park were familiar,” he added.

“I had earlier played with them in junior setups and non-league football.”

He made his SC Villa debut against BUL FC and scored two goals against Mbarara City during his home debut, and was consequently named the man of the match.

“It is the day I will never forget in my life because it is the day I made my first appearance in Uganda’s top division. And on top of that, the team managed to salvage a draw after going a man and a goal down,” he continued.

“It was an amazing moment for me as a striker to be on the scoresheet.

“I was also very happy for collective hard work from the team to help me to score and win the man of the match award.

“I hope to build on that and score more goals for my team. I cannot point out any challenges because as a professional player, I go out and play as the coaches instruct me.

“If the goals do not come that’s unfortunate but even my coaches always offer a word of encouragement that I will constantly be on the score sheet soon.”

The forward revealed how he always feel whenever he is substituted: “That one goes to the coaches because they have their game plans,” he concluded.

“My work is to play which I do whenever given the opportunity.”

The Ugandan league took a break in order to accord the selected players to represent the country in the upcoming African Nations Championship (Chan) tournament.

Sun Jan 3 , 2021
The Brewers tactician knows Batoto ba Mungu will be a big threat to their three-match winning run in the top-flight Tusker coach Robert Matano has confirmed their readiness to take on Sofapaka in an FKF Premier League match on Sunday. The two clubs will face off at Kasarani in the round six […] 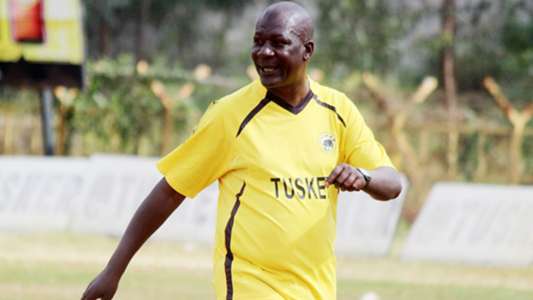