The second half of the Premier League campaign is well underway as Liverpool look to retain the maiden title they claimed in June.

Jurgen Klopp’s Reds were virtually unstoppable to that point, winning 28 of their 31 matches when their first league crown for 30 years was confirmed.

Manchester City, though, will be out to make it three Premier League titles in four seasons after finishing 18 points off the pace last term but still 15 above third place.

Editors’ Picks
Who are the favourites to win the Premier League?

Manchester City are 1/16 (1.06) to reclaim the title after somewhat of a down year by their lofty standards last time.

Fresh off winning the domestic treble, Pep Guardiola’s men could only finish with 81 points – some way short of the 198 they had amassed across the previous two campaigns.

The ability and the depth of their squad cannot be matched, even by the reigning champions, and their lengthy winning streak over winter gave them plenty of breathing room at the top.

Who are the underdogs to win the Premier League?

Manchester United have not won the title since Sir Alex Ferguson’s final season in 2013 and they are 20/1 (21.0) to wrestle back the Premier League crown.

It was a season of two halves last time around for Ole Gunnar Solskjaer, with the signing of Bruno Fernandes revitalising the Red Devils and continuing into this campaign where the Red Devils have laid down a genuine title challenge.

Liverpool are 25/1 (26.0) to follow up their first ever Premier League title by making it two in a row to cement their status as one of the best teams in the world.

Klopp’s side broke a host of records last term, including the fewest amount of matches taken to win the title, but the long-term injuries of Virgil van Dijk and Joe Gomez were huge blows to the champions’ defence.

They started strong and were favourites to win until a run of two wins in nine games across winter effectively ended any hope of the Premier League title staying on Merseyside.

Leicester City are 50/1 (51.0) to build on their fifth-place finish last term by winning a second Premier League title, having put aside last season’s implosion to string together an impressive set of results.

Only Man City have won more games than the Foxes this season, with Brendan Rodgers’ men in a strong position to at least return to the Champions League.

Who are the outsiders to win the Premier League?

Chelsea were incredibly active in the transfer market by bringing in a host of starting players, including Ben Chilwell, Timo Werner and Kai Havertz, and bet365 make them 100/1 (101.0) to win the league.

Frank Lampard impressed in his debut season as Blues manager but was replaced by Thomas Tuchel in January 2021, with the former Paris Saint-Germain boss no doubt tasked with securing a top-four finish over an unlikely title.

However, despite being touted as contenders in November, the north Londoners dropped off in winter with a string of poor results to fall significantly off the pace.

Marquee signing James Rodriguez has not disappointed since joining from Real Madrid, linking up with Golden Boot contender Dominic Calvert-Lewin, whilst the tutelage of Carlo Ancelotti has also played an important part in the Toffees’ good form.

Wed Feb 10 , 2021
The icon, who was considered by many observers to be one of Super Eagles’ finest defenders ever, has died after a brief illness Former Shooting Stars and Nigeria defender Yisa Shofoluwe has died, aged 53. The Nigeria Football Federation confirmed that Shofoluwe, rated by many as one of the finest […] 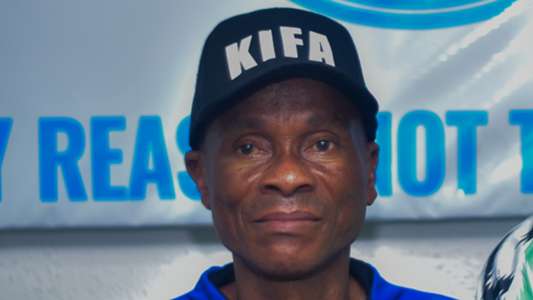