The Argentine frontman can appreciate why his current club would be keen on his fellow countryman, but he may not get the chance to play alongside him

Sergio Aguero has fuelled speculation regarding a move to Manchester City for Barcelona superstar Lionel Messi, but the Blues striker admits to facing an uncertain future himself.

Two prolific Argentina internationals are seeing serious questions asked of where they will be playing their club football in 2021-22.

Quizzed on the rumours suggesting that former Barca boss Pep Guardiola will look to put a reunion in place with Messi at the Etihad Stadium, Aguero told Ibai’s Twitch channel with a grin: “Who doesn’t like to play with Leo?”

Pressed further on his deal, with it possible that he will be heading out of England at the end of the 2020-21 campaign, the 32-year-old frontman added: “I don’t know what I’m going to do in June.”

Who else has been linked with Messi?

City are not the only side to be keeping a close eye on events at Camp Nou, with competition expected from elsewhere.

Paris Saint-Germain appear to present the biggest challenge to an all-time great making his way to the Premier League.

The Ligue 1 champions have made no secret of the fact that they would welcome the opportunity to add Messi to their ranks, with the French giants boasting the financial muscle to make that possible.

Goal has, however, learned that he will not be making any decision on his future until the summer.

The South American striker has been a revelation during his time in Manchester, with a record-setting haul of 256 goals collected across 379 appearances.

He has helped City to four Premier League titles, an FA Cup win and five Carabao Cup triumphs, with the hope being that a long-awaited Champions League crown can be secured this season.

Guardiola is eager to keep Aguero on his books, despite seeing niggling knocks restrict him to just nine appearances in the current campaign.

He has, however, expressed a desire to return to his roots at Independiente before the day comes to hang up his boots and will turn 33 on June 2.

Fri Feb 19 , 2021
The FC Goa captain was issued a show cause notice after he was alleged to have bitten Chennaiyin defender Deepak Tangri… The All India Football Federation (AIFF) Disciplinary Committee has confirmed on Friday that FC Goa’s Edu Bedia will face no additional sanctions as the Spaniard has been acquitted relating to the allegedly […] 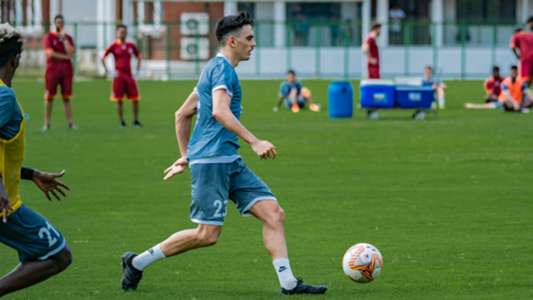