Indian tennis player Prajnesh Gunneswaran thinks there should be no ranking points at the US Open since not all players would be allowed to compete. The United States Tennis Association (USTA) is giving its best effort to stage this year’s US Open despite the coronavirus pandemic.

The US Open organizers have a plan in place of how to safely organize the event and some of their rules appear to be too strict. One of the things the USTA is considering is to put players in a bubble and stage the US Open and Cincinnati Masters in New York.

Also, it’s possible there wouldn’t be the qualifying event at the US Open — which means only players who make the entry list or receive a wildcard will have a chance to play at Flushing Meadows. “I think that having a tournament which doesn’t allow everyone to compete should not have ATP points.

I don’t think that’s fair to all the other players,” Gunneswaran said, as revealed on The Times of India. But Gunneswaran, ranked at No. 132 in the world, suggests the US Open shouldn’t be held at first place as he feels there is too much risk.

The USTA is putting up major efforts to not lose this year’s US Open as they would big financial loss if the event doesn’t take place. “When it comes to the rest of the protocols, it’s clear that the USTA wants to go ahead and have the event in spite of everything that is going on today,” Gunneswaran said.

“I’m not for it. I think given the circumstances, it’s too early.”

Gunneswaran says hosting the event doesn’t necessarily mean the end to all the problems as he asked what would happen if a player contracted the coronavirus in the middle of the event.

“What happens if a player is further in the tournament and tests positive? How can they allow everyone else to play? What’s the guarantee the virus hasn’t spread,” Gunneswaran wondered. “I think all the questions posed are yet to be answered.

I think they really need to come up with something special to figure out how to make this event happen. “But I don’t think it’s the right time.” Prajnesh Gunneswaran, a former world No. 75 in the world, made his main draw debut at the US Open last year — when he was beaten in the first round.

Sat Jun 13 , 2020
Despite speculation linking him with a move to Old Traffoed, the midfielder is happy to stay in La Liga Saul Niguez insisted Atletico Madrid remains his “home” despite transfer speculation, revealing he has never spoken to any club over a potential move elsewhere. Saul signed a nine-year contract extension with Atleti in 2017, […] 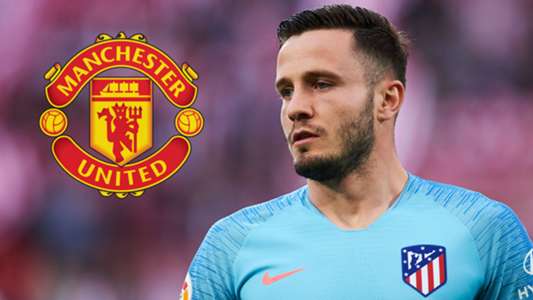