What was said between the Inter and AC Milan forwards? Will there be any further punishment?

There were plenty of fireworks in the Milan derby in the Coppa Italia quarter-final this season as Zlatan Ibrahimovic and Romelu Lukaku clashed.

The towering attackers traded industrial insults at the halfway mark, coming together in a physical and verbal altercation which saw them both cautioned by referee Paolo Valeri.

Lukaku eventually came out on top in the match, though, as Ibrahimovic was sent off in the second half and the Belgian scored an equaliser before Christian Eriksen hit a decisive last-minute free kick.

So what actually happened between the pair? Goal takes a look at what was said and what, if anything, will come of it.

What did Ibrahimovic & Lukaku say to each other?

During the heated confrontation, the words of both Ibrahimovic and Lukaku were picked up by the pitchside microphones, with the two players serving volleys of English back and forth.

In an apparent invitation to engage further, Lukaku can then be heard responding: “Well, let’s go inside you b*tch. We will see.”

Ibrahimovic replied by apparently repeating his earlier comment. Upon hearing the Swede’s words, the Inter striker grew increasingly annoyed, shooting back: “What did you say? Who? Who?”

He then followed Ibrahimovic as they left the pitch, repeatedly calling him a “b*tch” before delivering the message: “F*ck you and your wife, you little b*tch.”

The pair had squared up prior to that, with Ibrahimovic’s head meeting Lukaku’s in an aggressive manner.

Ibrahimovic was sent off for a second yellow-card offence in the second half and, after the game, AC Milan boss Stefano Pioli explained that the Swede apologised to his team-mates.

Why did Ibrahimovic reference ‘voodoo’?

It is not exactly clear what Ibrahimovic’s “voodoo sh*t” is a reference to, but, according to Football Italia, it may have something to do with comments made by Everton owner Farhad Moshiri.

In 2018, representatives for Lukaku denied that the player’s decision to reject a new contract with Everton had anything to do with “voodoo”, following a suggestion by Mr Moshiri at an Everton AGM.

BBC Sport reported that a representative for the striker said: “Romelu is very Catholic and voodoo is not part of his life or his beliefs.

“He simply had no faith in Everton and no confidence in Mr Moshiri’s project. That is why he did not want to sign on any condition.”

Will Ibrahimovic & Lukaku be banned?

It is unlikely that Ibrahimovic and Lukaku will face further punishment for their verbal confrontation outside of the sanction meted out by the referee.

Lukaku will serve a one-game suspension in the first leg of the Coppa Italia semi-final due to an accumulation of yellow cards.

Ibrahimovic, meanwhile, will also have to serve a one-match Coppa Italia suspension when Milan are next in action in the competition following his red card.

What is the history between Zlatan Ibrahimovic & Romelu Lukaku?

Tensions between Ibrahimovic and Lukaku have their roots in their time playing together at Manchester United, where they were in direct competition for the position of striker.

Back in 2019, Lukaku revealed how he learned a lot from Ibrahimovic, but that a 50-50 challenge with the veteran in a United training session taught him a lesson.

He told the official Manchester United website: “Because we were both strikers, we were never on the same team and, at one point, there was a 50-50 challenge. He went full-on against me!

There was a time when Ibrahimovic and Lukaku were friends 🤗

“So, I learned just to focus, work hard and enjoy it as well. Because he is a guy who you can have a lot fun with as well and having his personality in the dressing room was good.”

When Lukaku signed for Inter, Ibrahimovic was less gracious about his erstwhile colleague.

In an October 2019 interview with Gazzetta dello Sport, the Swede said: “Don’t expect good technique from Lukaku. His best strength is sheer power – if only he’d listened to me.

“At Manchester United, we made a bet: ‘I’ll give you £50 for every decent first touch you make’. He replied: ‘What do I win if I get them all right?’ I told him nothing, he would simply become a better player.

“For the record, he never accepted the bet! Perhaps he was afraid of losing…”

He added: “Joking aside, Lukaku has this mad hunger to prove himself to the world and I’m sure he will do well at Inter too.”

Their recent collision is, unfortunately, not likely to improve those fraught relations.

Wed Jan 27 , 2021
Juan Ferrando has reacted to FC Goa’s ACL draw that took place on Wednesday… FC Goa boss Juan Ferrando believes the group stage of the AFC Champions League will be a great challenge for his team and is pleased to coach in Asia’s continental competition for the first time in […] 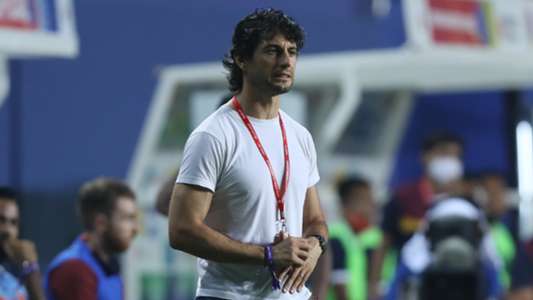