West Ham striker Sebastien Haller is close to sealing a move to the Eredivisie with Dutch giants Ajax.

Goal understands that the striker, 26, is the subject of ongoing negotiations between the two clubs.

The fee for his services is likely to reach around €25 million (£22.6m/$31m), with a meeting scheduled on Thursday to finalise the agreement between all the parties.

Haller is well-regarded in the Netherlands, having shined in the country during a previous spell in the Eredivisie.

From 2015 to 2017 the Ivory Coast international starred with Utrecht, having landed at the club after struggling to establish himself at Auxerre.

He netted a total of 51 goals in 98 games for Utrecht, form which earned him a transfer to the Bundesliga with Frankfurt.

And after two years in Germany, West Ham swooped in 2019 to make him part of their squad in a £45 million transfer.

Haller, however, has never fully convinced in the Premier League, starting just 10 games in the current campaign.

A stunning overhead kick against Crystal Palace back in December was a rare moment of celebration for the forward, who expressed his hopes that the goal would help him build his confidence and remain in David Moyes’ plans.

“To be honest, I used to score a goal like that every season, so I’m used to it!” he explained to West Ham’s official website.

“I think it’s kind of special and I’m just happy because it was a beautiful goal and it helped us to get one point. I think we deserved three and we should have gone for the three, but I’m happy.

“I got two last season, against Watford and Bournemouth, so hopefully I can get another one on Monday at Chelsea – that’s the only thing I’d ask for, a goal like that! “It’s good for the eyes, for the confidence and for everything, but a goal is a goal so at the end it’s just one goal.”

Haller, who represented France throughout the youth divisions before opting to represent Ivory Coast at senior level, has played 54 games in all competitions for West Ham to date, scoring 14 goals.

Thu Jan 7 , 2021
The Portugal midfielder failed to inspire his team-mates as goals from Stones and Fernandinho consigned the hosts to defeat Manchester United star Bruno Fernandes found himself in Roy Keane’s firing line after going down to a 2-0 defeat to Manchester City on Wednesday.  The Reds’ Carabao Cup hopes were extinguished […] 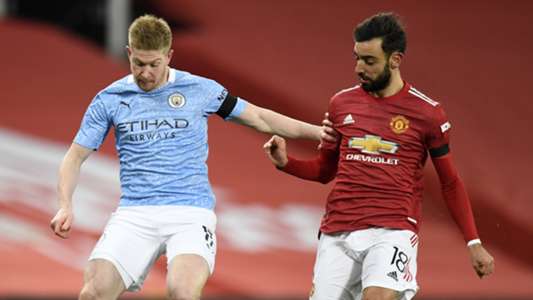