West Bromwich Albion manager Sam Allardyce has confirmed the club’s interest in Ahmed Musa, who is a free agent.

The fleet-footed forward has been without a club since he parted ways with Saudi Arabian side Al Nassr in October by mutual agreement.

Musa moved to Saudi Arabia after ending his two-year stay with Premier League club Leicester City, where he struggled to establish himself and had to rejoin his former club CSKA Moscow on loan in his quest to enjoy more game time.

The forward made 50 league appearances for Al Nassr and scored nine goals to help the club win the league title in the 2018-19 season and the Super Cup trophy.

Musa is now set to make a return to the Premier League as Allardyce confirmed he is expecting the winger to have a trial with his side.

“He [Musa] is not here yet. He’s a person of interest and when he arrives we’ll alert everybody and let them know,” Allardyce said, as per West Brom Evening News.

“We’ve had many other players on the radar, many abroad, but we’ve not been able to secure that particular player yet

“We must keep our ear open on the transfer market to try and secure the signings that we want – we want two more if we can possibly achieve that.

“I’d emphasise we have to try and get the right quality, but it’s difficult in our position. Some might not want to join the fight and the position where we are in the Premier League.”

Should Musa seal a deal with the Hawthorns outfit, he would be expected to hit the ground running and help the club avoid relegation at the end of the campaign.

West Bromwich are currently in the bottom three after gathering only 11 points from 19 Premier League games.

Musa will also link up with his compatriot Semi Ajayi at the club, who has been one of the outstanding players for the Baggies this season.

The winger is one of the most consistent players for the Nigeria national team and currently has 95 caps for the West Africans.

Musa will be expected to captain the Super Eagles to victory in the 2022 African Cup of Nations qualifying games in March.

Tue Jan 26 , 2021
The former Reds striker feels a lack of “Plan B” is holding the Premier League champions back, with another goalscorer required at Anfield Roberto Firmino has become “a concern” for Liverpool and Jurgen Klopp should be looking to splash out £100 million ($136m) on luring Borussia Dortmund striker Erling Haaland […] 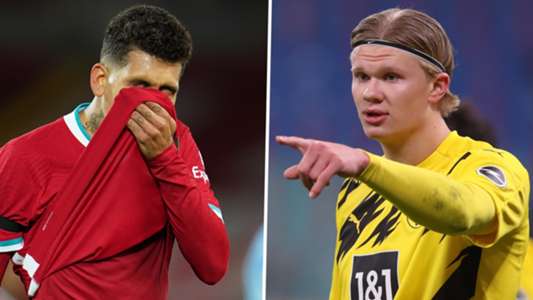