Timo Werner’s struggles in the Premier League are due to the difference in playing styles between Chelsea and RB Leipzig, says Michael Ballack – and it is Werner who will have to adapt.

Werner arrived at Stamford Bridge to much fanfare after his £47.5 million ($59m) move from the Bundesliga over the summer but has struggled for goals and looked short of confidence.

A spell of four goals in four games between October and November proved a false dawn, with Sunday’s game against Sheffield United marking three months to the day since his last Premier League strike.

Former Chelsea and Germany man Ballack thinks Werner’s style was perfectly suited to Julian Nagelsmann’s brand of football at Leipzig, but he must learn how to thrive under Chelsea’s more possession-oriented approach.

“Timo started off pretty well. Of course, if you aren’t scoring as a striker, then it is hard on the self-confidence,” Ballack told The World Game.

“I believe that it is very hard for him overall, as he was used to playing differently at Leipzig.

“He had a lot more space in front of him. Chelsea is the kind of team that has a lot of ball possession, wanting to dominate the opponent. Maybe even more so with [Thomas] Tuchel.”

Indeed, Chelsea broke club possession records in Tuchel’s first game in charge against Wolves, and dominated the ball again in their most recent win over Tottenham.

Werner had chances to score in that game but wasn’t able to find the target with any of his three shots – though he did win the penalty from which Jorginho scored the winner.

“Maybe he has to work on his playing style a little bit or try to get himself into better positions,” Ballack added.

“As a striker you are depending on your fellow players to find you and if the [goal drought] breaks, then he will be able to find his old form.

“He used to have good phases with the national team, using his physical presence and power to break down on the wing.

“So when the [drought] breaks, then things will go better again.”

Sat Feb 6 , 2021
The Arsenal coach says they have rallied round Pierre-Emerick Aubameyang after his mother’s illness Source of the article 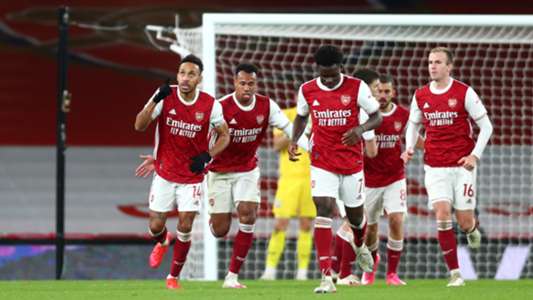