Timo Werner has vowed “the goals will come” for him at Chelsea after ending a 1,000-minute drought in the final third.

The Germany international was back on target in a Premier League meeting with Newcastle, with an effort that was just about bundled over the line against the Magpies seeing a 14-game barren run in the English top flight brought to a close.

Werner has been contributing to the Blues cause in different ways – winning penalties and teeing up others – but a £47.5 million ($66m) frontman is understandably relieved to be back in the groove.

“I am happy that I scored, finally,” Werner told Chelsea’s official website.

“As a striker you always want to score. The last month I was not so happy without scoring, but at the end it’s a team sport. When we win, everything is good. When I help my team with assists, with winning penalties, and now with scoring I am happy. I am very glad I scored.

“For a striker it’s much worse when you don’t have chances. I had in the past a lot of chances and I missed them. The team gave me a lot of situations where I can score, and that’s the important thing for me.

“If I keep going the goals will come, and also the assists.”

Having been lured away from a prolific spell at RB Leipzig by Chelsea legend Frank Lampard, Werner appeared to have settled quickly at Stamford Bridge and had eight goals to his name by mid-November.

He was, however, to hit a serious wobble at that point and has seen plenty of uncomfortable questions asked of his value to the Blues.

Between November 17 and February 15, just one effort was recorded through 21 games for club and country – with that solitary strike coming against League Two side Morecambe in the FA Cup.

A change in the dugout was made as Werner struggled for a spark, with fellow countryman Thomas Tuchel appointed as successor to Lampard.

He has been backed to bring the best out of a proven performer and, with six assists added alongside his goal tally, the 24-year-old appears ready to kick-start his career in England.

Tue Feb 16 , 2021
No major injury worries as Amakhosi will be home at FNB Stadium where they host an improved Usuthu Kaizer Chiefs coach Gavin Hunt’s selection options at the back have been boosted ahead of Wednesday’s Premier Soccer League clash against AmaZulu as he welcomes back central defenders Erick Mathoho and Siyabonga […] 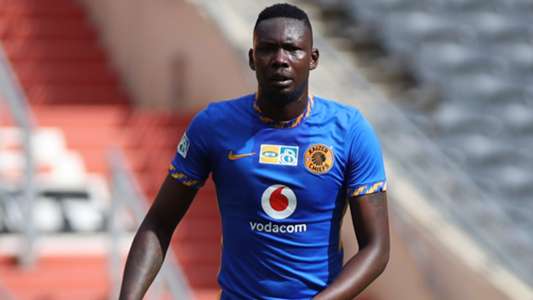