Timo Werner and Kai Havertz’s struggles at Chelsea are “normal”, according to Manchester City star Ilkay Gundogan, who has backed the Blues duo to come good at Stamford Bridge after a tough start to life in England.

Chelsea forked out a combined total of £117.5 million ($161m) to bring Werner and Havertz to west London in the summer transfer window.

Werner had terrorised defences in both the Bundesliga and Champions League at RB Leipzig, establishing himself as one of the most exciting young strikers in Europe in the process.

Havertz, meanwhile, stood out in a mediocre Bayer Leverkusen team due to his outstanding passing range, dribbling skills and eye for goal – with his performances ultimately inspiring Peter Bosz’s outfit to a fifth-placed league finish and the DFB Cup final last season.

Unfortunately, two men who play alongside each other regularly at international level with Germany have so far failed to reach the same heights in west London, with Frank Lampard left scratching his head over how best to unlock their considerable potential.

Gundogan, who is also part of the current Germany squad, has not been surprised by Werner and Havertz’s slow adaptation to the Premier League, and expects them both to prove their doubters wrong as they settle into their new surroundings.

“They have two new German players who have tried to adapt as well as possible,” The City midfielder told Sky Sports.

“In general, I think it’s not easy to adapt quickly to the Premier League when you come from a different country and now with the situation going on I think it’s just even harder.

“So I think it’s quite normal that they are struggling a little bit, but they both have incredible talent and I’m sure they will both be able to prove it in this league.”

Gundogan was speaking ahead of City’s trip to the Bridge on Sunday, which could end up having a significant bearing on the top-flight standings.

Pep Guardiola’s men are level with sixth-placed Chelsea on 26 points, but they still have two games in hand over the Blues and the rest of the top five, with Liverpool currently leading the way on 33 points.

Gundogan is relishing the prospect of a closely contested title race, and he feels Lampard’s side will be right up there come May despite their recent dip in form.

“There’s not one team that is dominating, not just in England but across Europe,” he added.

“All leagues in the world they seem very open at the moment and it’s quite exciting I think. In the Premier League it is exciting for all of the clubs, the fans, so let’s see what is going to happen.

“Obviously you want to win games and you want to get back to that first spot but everyone is challenging and competing with everything that they have. That’s what makes this Premier League season so special.

“Like every year Chelsea have a great squad with incredible players, they are a great team and they have a really ambitious manager so I feel like they will really challenge us. Not just at the weekend but also generally in the league.

“They got some really talented, young recruits in the summer, spent a lot of money and got some really good players so I think they will do well. They’ve done well, of course they are also a team that struggles like everyone does but they have a lot of quality and it’s going to be a great game on Sunday.”

Sun Jan 3 , 2021
The forward joined a top-tier club just as the world was grappling with the effects of the coronavirus pandemic Sports Club Villa striker Isaac Ogwang has pointed out his biggest achievement in 2020 despite the emergence of the coronavirus scourge. The pandemic forced a number of leagues to be cancelled, […] 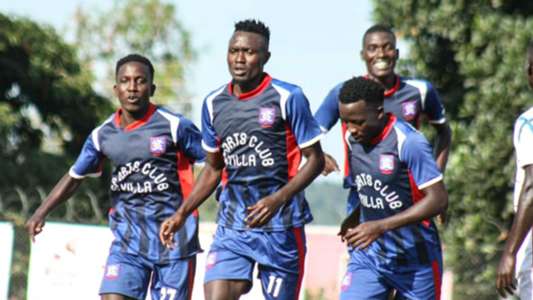