Carlo Ancelotti has expressed his hope that Everton can go onto achieve a “fantastic” season after their win at West Brom, proclaiming “we’re in the fight at the top of the table”.

Everton moved up to fourth in the Premier League standings after picking up a hard-fought 1-0 victory over the Baggies on Thursday night.

Ancelotti was in an optimistic mood after the final whistle as he challenged his players to build on the result by going on to seal Champions League qualification, having been impressed with his team’s disciplined performance at the Hawthorns.

The Italian head coach told BBC Sport: “It was really hard, really difficult, but the Premier League is like this. West Brom has a lot of strength, fight, long balls and a lot of spirit.

“We needed to be ready and we were ready.

“Defensively we are strong and we have quality at set-pieces and on the counter-attack.

“We’re doing well and now we’re in the fight at the top of the table. The season is still long but we are there and pleased to be there.

“I would like to say the season has been a fantastic one at the end of the season.”

How did Everton see off West Brom?

The Toffees were made to work for the three points against Sam Allardyce’s relegation-threatened Baggies, who stuck to a solid shape defensive while looking to hit the visitors on the counter at every opportunity.

Jordan Pickford needed to be at his best between the sticks to keep out Mbaye Diagne’s early header, and Dominic Calvert-Lewin was guilty of wasting a golden chance at the other end in a highly competitive first-half.

Everton eventually managed to find the breakthrough just after the hour mark, with Richarlison netting his fourth goal in as many games after rising to head home a Gylfi Sigurdsson cross, and West Brom were unable to find a way back into the game thereafter.

Everton will now look ahead to a meeting with fellow top-four hopefuls Chelsea at Stamford Bridge on Monday, before preparing for a home fixture against Burnley five days later.

Thu Mar 4 , 2021
The Super Eagles striker had the ball in the back of the net after the hour-mark, but it was ruled out for handball Fulham manager Scott Parker has expressed his disappointment after Josh Maja’s equaliser against Tottenham Hotspur was disallowed for handball by the VAR. The Nigeria international thought he […] 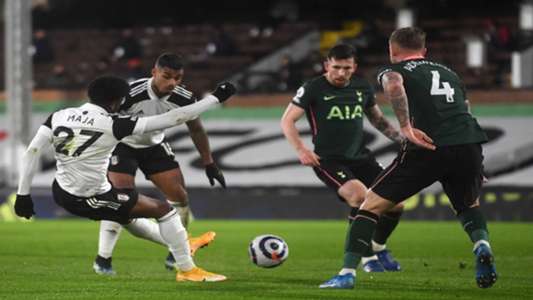