Arsenal manager Mikel Arteta has stated that the club is doing everything within its power to have Pierre-Emerick Aubameyang available to face Manchester United.

Aubameyang has been missing from the Gunners’ last two matchday squads and confirmed on Wednesday that his mum was in ill health, thanking fans and team-mates for their support during a trying time for his family.

The Gabon international will have to produce a negative Covid-19 test before he can return to action, having left the Arsenal bubble, while Arteta is also wary of rushing his skipper back into the fold if he is not in the right mental state to lead the squad.

Speaking to the press on Thursday, Arteta said: “I spoke with him yesterday. Things are looking better at the moment, but we are going to have to wait and see. He is our captain and one of the most important players.

“We are doing everything we can to have him [back] as a quick as possible – but understanding that he has been through difficult days, that he had to support his family and we were here to support him as well with the time that he needed to get that support.”

It is unclear as to whether Aubameyang had travelled abroad to visit his mother, with cross-country travel potentially throwing up more coronavirus-related guidelines that must be adhered to before the striker can be cleared to play.

Pressed on the subject of potentially having to his captain self-quarantine, Arteta said: “I don’t know if that will happen. He had to support his family and he had to be with them.”

Regarding the fitness of the rest of the squad, Arteta provided updates on a variety of injuries, with fans understandably keen to hear the extent of knocks picked up by in-form pair Thomas Partey and Emile Smith Rowe in particular.

“We had a day off yesterday. We will be training today and we’ll see how everybody is. I think Dani Ceballos will be training with the squad in the next new days – probably Pablo Mari as well.

“Obviously Martin Odegaard will be joining us as well. As for the rest, we have to see how Kieran [Tierney] is.”

Thu Jan 28 , 2021
Zoo FC coach Herman Iswekha believes his charges got nervous by the fact they were playing Gor Mahia in the Football Kenya Federation Premier League game on Wednesday at Kasarani Stadium. The reigning champions claimed a 3-0 win to extended Zoo’s winless run to five games. Prior to the game, […] 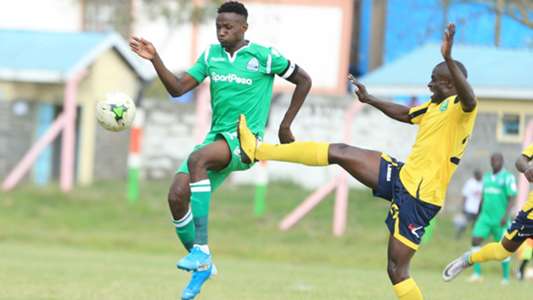