We’re back! For the first time since March, Turkish Airlines EuroLeague basketball will be played in Lithuania at the famed Zalgirio Arena when the WE’RE BACK PRESEASON TOUR opens on Saturday afternoon! Host Zalgiris Kaunas will be joined by AX Armani Exchange Milan, Panathinaikos OPAP Athens and ALBA Berlin.

For the three visiting teams, it will be the first game abroad of the preseason as they take another step in preparing for the challenging 2020-21 campaign. In fact, the game will be ALBA’s first of the preseason. Milan arrives most battle-tested; by the time it heads to Lithuania, Coach Ettore Messina’s men will have played six games in the Italian SuperCup.

Zalgiris is a perfect team to host the event since three of its players will be hosting their former teams. Marius Grigonis and Steve Vasturia each spent time with ALBA and Lukas Lekavicius played two seasons with Panathinaikos. There are also a pair of former Zalgiris men back to face their old squad; Milan big man Zach LeDay played for the Lithuanian champs last season and Panathinaikos forward Aaron White was there the season before.

The first semifinal, at 15:00 CEST on Saturday, pits two coaching greats against each other with Aito Garcia Reneses leading ALBA against Ettore Messina’s Milan. The second semifinal, scheduled to begin three hours later, will feature a pair of new head coaches to the EuroLeague with Martin Schiller leading Zalgiris against Georgios Vovoras and Panathinaikos.

All four teams will play again on Sunday with the championship game at 18:00 CEST preceded by the third-place contest three hours earlier.

The second leg of the WE’RE BACK PRESEASON TOUR will be in Valencia on Tuesday and Wednesday, September 15-16, with LDLC ASVEL Villeurbanne, Olympiacos Piraeus, FC Bayern Munich and Valencia Basket taking part.

Remember, all eight games will be available to early subscribers at EuroLeague TV, so don’t wait to buy your package and get in on the action with the WE’RE BACK PRESEASON TOUR!

Wed Sep 9 , 2020
The Gambian gave the hosts an early lead, nevertheless, they could only pick up a point against the Boys in Tuesday’s Norwegian first division game Alagie Sanyang scored KFUM Oslo’s only goal as they settled for a 1-1 draw with visiting Tromsoe in Tuesday’s Norwegian Obos-ligaen clash. Jorgen Isnes’ men […] 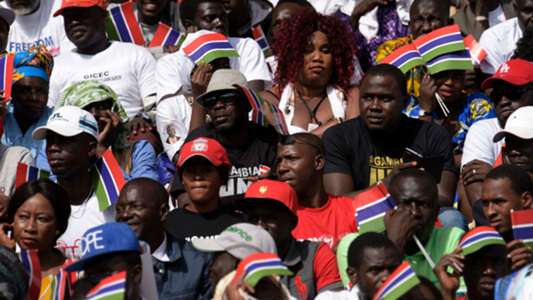