Against all odds, the Red Devils defeated the Brazilian side, and fans waxed lyrical about Pitso Mosimane’s men on social media

Having lost 2-0 to Bayern Munich in the semi-final thanks to Robert Lewandowski’s double, Pitso Mosimane’s team squared up against the Brazilian Serie A side for a chance to win the bronze medal.

With the tough encounter ending 0-0 at Al Rayyan’s Education City Stadium, kicks from the penalty spot were used in separating both teams.

Nevertheless, it was the Africans who reigned supreme with captain Mohamed El Shenawy saving two penalties in the shootout.

As expected, social media went into meltdown in praise of the reigning Caf Champions League winners.

Congratulations to @AlAhly 🇪🇬 on finishing third at the #ClubWC! 👏🏻 pic.twitter.com/mwFSRxy0qX

Congratulations to @AlAhly 🇪🇬, what a way to represent Africa!
🥉 place in the #ClubWC
Defeating @Palmeiras 3-2 in penalty kicks. Enjoy! pic.twitter.com/Rwzxz0CoNu

Congratulations team @AlAhly finishing third best in FIFA Club World Cup ! This a huge statement not only in Africa but to the entire world. Much love from Kenya pic.twitter.com/GM77vBNwtL

Congratulations team @AlAhly finishing third best in FIFA Club World Cup ! This a huge statement not only in Africa but to the entire world. Much love from Kenya pic.twitter.com/GM77vBNwtL

Congratulations, the greatest audience in the universe Al-Ahly wins bronze in the Club World Cath pic.twitter.com/j3bLIgyPc8

Congrats to Al Ahly and this Goat Grootman, Pitso Mosimang for salvaging a Bronze medal at the FIFA Club World Cup🇿🇦🇪🇬 pic.twitter.com/p4YnxFtxeb

Well done to Badr Benoun and Al Ahly for finishing third in the FIFA Club World Cup. The Moroccan centre-back scored in the penalty shoot-out for The Red Devils.#CWC pic.twitter.com/RFeFzUREC0

A bronze medal in Aboutrika’s adopted country is quite poetic since this is what he also gave Al-Ahly in this tournament.

Thu Feb 11 , 2021
The tactician served as the Cranes’ head coach for a long period as he was in charge from 2008 to 2013 Coach Bobby Williamson has claimed he did not get the chance to finish his job with the Uganda national team. Williamson – who also revealed he would take a […] 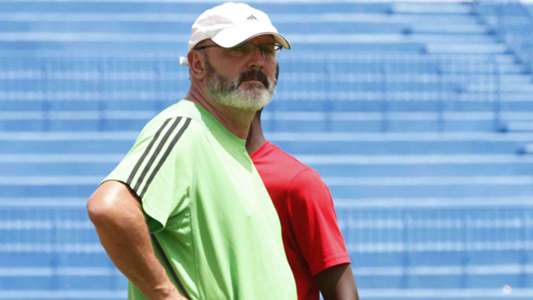