Chennaiyin coach Csaba Laszlo wants to take heart from his side’s previous fixture against Mumbai City in the 2020-21 Indian Super League (ISL) despite that game ending in a 2-1 defeat.

The southern outfit currently finds themselves at the sixth place with 15 points from 13 games and are set to face the league leaders Mumbai City on Monday. The Machans conceded a late goal in their last game which was against second-placed ATK Mohun Bagan and Laszlo has said his team felt disappointed after that loss.

“It’s not nice to lose a game and especially in the last minute. Also, in the last 10-15 minutes, they (ATK Mohun Bagan) were dominating the game. The spirit of the players at this moment is very down but we have to fight back against Mumbai City which will also be a difficult game,” the 56-year-old commented.

“We will try to take three points because we need it to build the players mentally (mentality). Deepak (Tangri) made this mistake as he lost his man (David Williams, the goalscorer) but he’s also strong and we will try to build (lift) him up and not criticise him. Against Mumbai City, we will need a stronger mentality. They have not lost for 11 games in a row. So we will have to try and break them down,” Laszlo added.

Chennaiyin have lacked creativity in the middle of the park after losing Rafael Crivellaro who picked up a season-ending knock.

“We played very well in the first game (against Mumbai City) except for conceding twice from set pieces due to individual mistakes. We had our chances to score from open play and I don’t think we have changed much. For me, the most dreaded game was against Hyderabad (4-1 loss) where we made a lot of mistakes. In every other game, we tried to dominate and create chances. It’s not easy to go in every game with the same energy level because the games come very quickly and you have to adapt to the opponent,” Laszlo mentioned.

The two-time champions recorded no shots on target against Bagan.The Chennaiyin coach conceded they would need a different approach against Mumbai City.

“Against ATK [Mohun Bagan] we had a different tactic. It was more or less that we let them come to us and we hit them on the counter. ATK is a team who is not only clever but have good experience. We wanted to win the game playing in their own style and it worked very well until the last moment.

“In this game against Mumbai, it will be completely different. We have to open the game up and we want to score goals. Even if it’s Mumbai City, one of the most dangerous teams in the ISL, we have to try to win the game. I’m sure that we will get chances and there will be possibilities to use but the instinct to be hungry will be the key tomorrow,” he concluded.

Sun Jan 24 , 2021
The Mumbai City gaffer also offered his reasoning of the getting back Jackichand Singh at the cost of Farukh Chaudhary’s move to Jamshedpur… Even as Mumbai City FC have a five-point lead at the top of the 2020-21 Indian Super League (ISL) standings, improvement is all that head coach Sergio […] 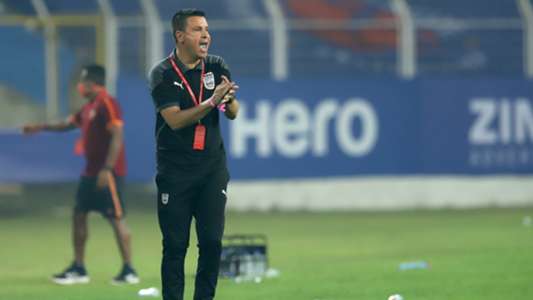