Kaizer Chiefs head coach Gavin Hunt insisted that they should have won against Orlando Pirates on Saturday afternoon.

Amakhosi suffered a 2-1 defeat to the Buccaneers in a PSL encounter which took place at the Mecca of South African football, Orlando Stadium.

“Yes, we played well, we should have won the game quite comfortably, what more do you want me to say? That’s it. I thought we did well,” Hunt told SuperSport TV.

Hunt was disappointed to see his side concede for the second time when they were searching for the equalizing goal.

“That’s pretty basic in football [to take chances] but you also have to defend better. I thought the second goal was poor from our side, there’s only one winner here,” he continued.

“We should have won the game. But you’re chasing the game, the second goal goes in and it looks bad but we had chances to even make it 2-2, so yeah, disappointing.

It was Chiefs’ third consecutive defeat to Pirates this season as Amakhosi were embarrassed 5-0 on aggregate by Bucs in the 2020 MTN8 semi-final tie.

“It’s the same as the cup game, Khama [Billiat] and [Leonardo] Castro should have scored, we would have been 2-0 up before they even scored a goal, then it’s two away goals,” he added.

“It’s a different ball game and you end up losing. It’s the same [as] today, I mean the goal that we missed there I don’t know what happened, Castro, [Samir ] Nurkovic went through before they even looked like scoring.

“So, that was disappointing from our side but I knew we had to score first and we didn’t.”

Chiefs remained eighth on the league standings and they have now turned their attention to the Nedbank Cup Last 32 clash with Richards Bay on February 7.

Sat Jan 30 , 2021
The Africans were on target as the Blood and Gold secured a valuable away victory over La Paillade Lens defeated Montpellier 2-1 in Saturday’s Ligue 1 clash with Gael Kakuta and Cheick Doucoure finding the net. Having suffered a 1-0 home defeat to Nice their last time out, Franck Haise’s […] 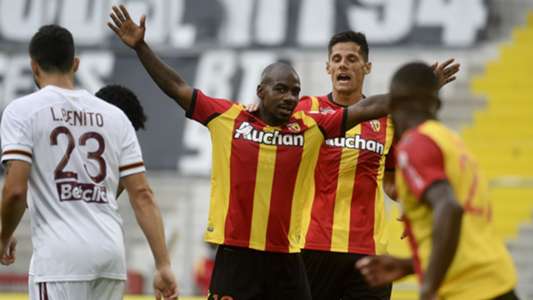