FC Goa head coach Juan Ferrando rued the defensive errors made by his team and has called for improvement after their 2-2 draw against Chennaiyin on Saturday.

The Gaurs had to come back into the game to equalise twice and it was once again a late goal by Ishan Pandita that rescued a point for Goa in added time after the end of ninety minutes.

After the game, Ferrando said, “The team is working for 90 minutes. When you have chances at the end, there is pressure and there is space, it is normal.

“I am thinking of three points all the time. There were two individual mistakes (tonight). We need to improve a bit. Sometimes these mistakes happen. We have to have control of time and space.”

Ferrando admitted that there is pressure on the club as they prepare to defend their third spot on the league table with wins in the last three fixtures. The Gaurs have 24 points in their kitty with three games to go.

“Everybody will be thinking about the three points, of course, there is pressure. The most important thing is to learn to control our emotions and play football,” the gaffer said.

Pandita scored his fourth goal of the season but is yet to start a game for the Gaurs. At the other end, new signing Dheeraj Singh has not been convincing in between the sticks after replacing Mohammed Nawaz who is set to leave the club at the end of the season. The former Kerala Blasters goalkeeper was involved in a mix-up inside the box which allowed Lallianzuala Chhangte to score Chennaiyin’s second goal.

“I am happy for him (Pandita). When we need a plan B, he goes inside. He knows the team believes in him. When we need to change the plan, he helps the team.

“I am thinking about the present and the future of this club. Future of Nawaz is at a different club, the present and future are Naveen (Kumar) and Dheeraj,” he concluded.

Sat Feb 13 , 2021
The German tactician has conceded that the Reds will not be claiming back-to-back Premier League crowns after suffering a third straight defeat Jurgen Klopp admits Liverpool’s title defence is over, with the Reds boss conceding in the wake of a 3-1 defeat at Leicester that the defending champions will not […] 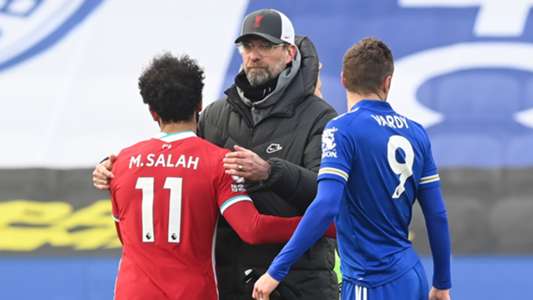