Vihiga United head coach Sammy Okoth has warned his charges against over celebrating the Gor Mahia win and end up drowning against Sofapaka in their next Football Kenya Federation Premier League match.

The two teams are set to play for the first time this season at the Mumias Complex on Saturday.

The hosts are coming into the match full of confidence after defeating the reigning champions K’Ogalo last weekend at Kasarani Stadium, Nairobi.

“It was a sweet victory for us and it was what we needed as a team,” Okoth told Goal on Friday.

“But that is gone now and we have to focus on our game against Sofapaka on Saturday. The danger of getting a win over a big team is that sometimes players tend to be carried away forgetting they need to continue preparing for the next game.

“I have already warned my players over the same and I will keep on reminding them that we need another good performance because the league is a marathon and not a sprint.”

The former Zoo FC coach has further explained the condition of his squad ahead of the meeting against the 2009 league champions.

“The team is in good shape, we have been preparing well and everyone is available,” Okoth continued.

“We will be doing some final training sessions, polish on a few areas before our game but I am hopeful of getting a positive outcome.”

Will Vihiga bring in new players in the forthcoming short transfer window?

“It will all depend on what happens with my squad; if some players leave then we will have their replacements,” Okoth added.

“But again, we might bring in maybe a player or two because we intend to continue battling for the top-ten positions.”

Batoto ba Mungu are coming into the match days after confirming the release of eight players, among them Nigerian forward Promise Chinoso.

According to a list of axed players obtained by Goal, others who have gone with Chinoso are former KCB defender Jacobs Faina, defender Bryson Juma, who was signed in November from second-tier Soy United, midfielders David Simiyu and Collins Wakhungu, goalkeeper Isaiah Wakasala, Ghanaian striker Jedinak Nana and another Nigerian striker Michael Karamor.

Fri Jan 29 , 2021
Mourinho backed defender Joe Rodon after his mistake in the build-up to Liverpool’s third goal. Source of the article 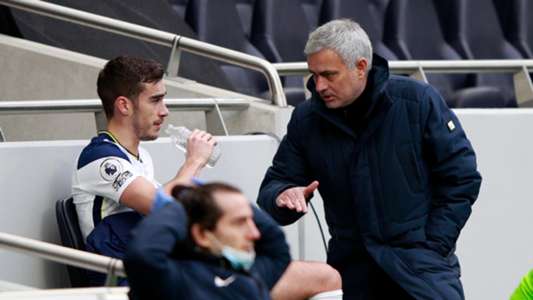