Mikel Arteta says Arsenal should have taken more than a 1-1 draw from their Europa League clash against Benfica on Wednesday.

Bukayo Saka equalised two minutes after the Portuguese side took the lead in the first leg of the last-32 tie to put the sides on level terms before the return fixture next week.

Arsenal registered just two shots on target in the clash in Rome, while striker Pierre-Emerick Aubameyang admitted on Twitter after the game that he should have found the net.

Arteta was happy with the way his side threatened Benfica and believes they should have won the game.

He told BT Sport: “We were very dominant and created some big chances. We have to be more ruthless.

“It was disappointing the way we conceded the goal. We gave them the ball then it was 1-1 and all to play for.

“We conceded a corner then from the corner we did not react quick enough and conceded the penalty. Looking at it it’s difficult to judge. We had a great reaction and scored a great goal.

“We tried to maintain the level. Both teams dropped in the last 20 minutes. But overall we should leave the ground with more.”

Arteta will hope for a significant improvement in the final third of the pitch when his team return to Premier League action this weekend.

Arsenal are due to play host to leaders Manchester City on Sunday, and they will need to be far more clinical than they were against Benfica in order to pick up three points against Pep Guardiola’s side – who have won their last 17 matches on the bounce.

The Gunners are sitting 10th in the table having won two of their last four matches in the English top-flight, and could miss out on a place in the top six unless they can rediscover a consistent streak in their final 14 fixtures.

After the City clash, Arteta will start preparing his players for the return match against Benfica, which is due to take place at the Emirates on February 25.

Fri Feb 19 , 2021
The Gunners only mustered one goal despite creating abundant opportunities in front of net Pierre-Emerick Aubameyang missed one of the easiest chances he’ll ever find in Thursday’s 1-1 Europa League draw against Benfica, side-footing a first-half shot wide of an open net from just outside the six-yard box. The Arsenal forward, […] 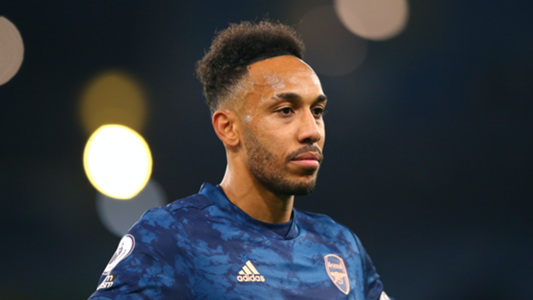